When I heard that The Tonner Doll Company was making a vintage line of dolls again, I was excited. I own many of the Brenda Starr and friends dolls, and I really regret not buying any of the Dick Tracy line several years ago. Gene was not longer being produced and I hoped that the Ann Harper line would fill the Gene void a little. 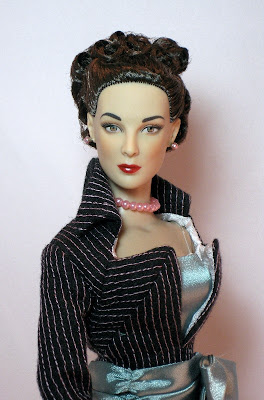 When the Ann Harper doll arrived, I as a little disappointed. She looks different than her promo pictures, but that is not unusual. I am also underwhelmed about the quality of the clothes. It is a nice design, but there were many shortcuts taken in the construction. I think she looks nice in her closeup though. 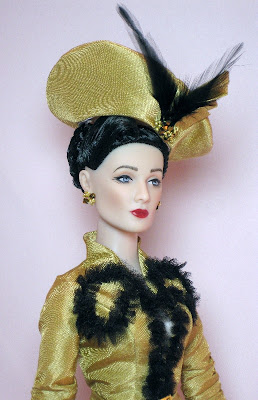 I like the Carol Barrie doll more than Ann Harper. Her suit is interesting, though the fabric looks cheap, in the promo photos it looks like silk. This is not silk. 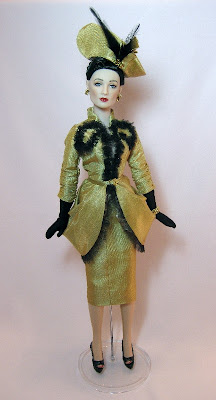 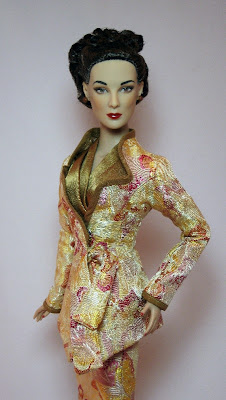 I think Ann looks great in Brenda Starr's "Cruise on the Nile" suit. Her hair is too high and big for the hat though. 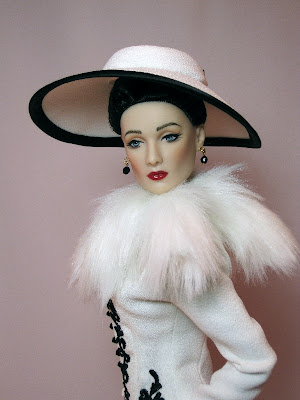 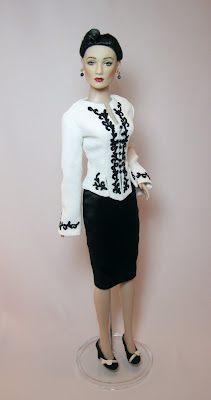 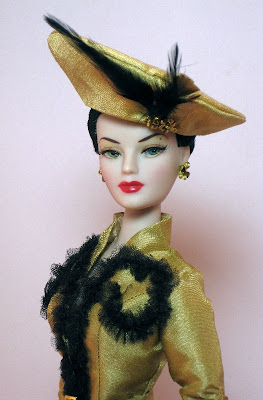 Madra rocks Carol Berrie's suit. Carol may never get it back.

What more can I say? She looks stunning in it. 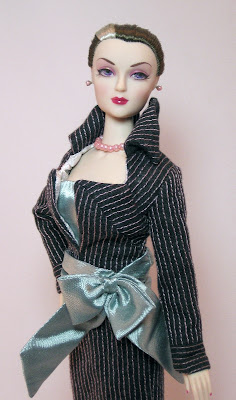 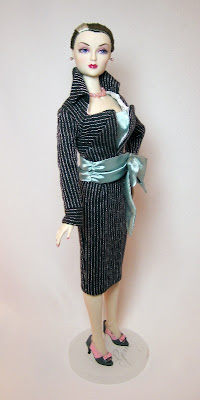 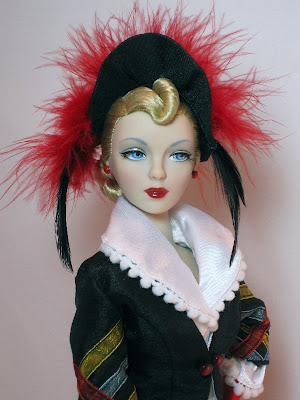 "It's a Cinch" Gene in "Fresh Take". Unlike some other collectors, I heart the pom-poms. 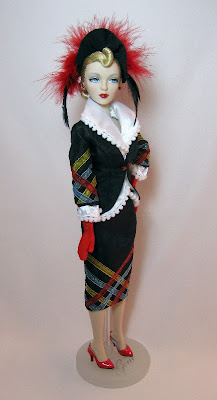 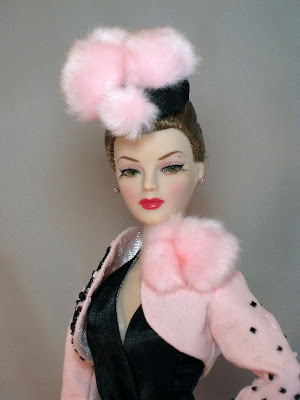 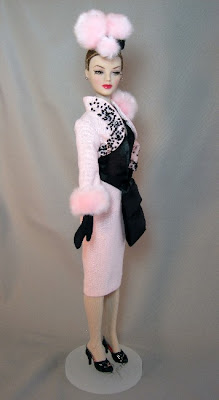 Though Gene is still my first love, the Ann Harper line is growing on me and I may have ordered some more dolls and fashions the other day.
Posted by Diane at 5:21 PM

I'm very happy to read your review, since I myself was underenthusiastic about my Carol Barrie doll. I was starting to wonder if I had too high of expectations!
I am pretty unhappy at their use of synthetics. It's not like the clothes use *that* much fabric- surely a couple bucks more for good quality fabric would have been worth it!
I *heart* the pom poms, too. Those last two outfits are still on my wish list, but I guess I'll pass on more. Maybe if they release more dolls and outfits I'll become enthusiastic again.
So far Gene still wins.

Eep! I just checked and I really love the new releases more than the last ones. But I'm still a little nervous about it since the last ones didn't look like the promo pics!

I really want to like the Ann Harper line, but too many of my Tonner purchases have yielded disappointment to the poor craftsmanship.

You could still find Dick Tracy lines on Ebay. Type the name of the outfit or doll such as Heart Throb, Waiting Baited Breath, Trueheart, etc on the search box. To find the name, you need to visit Tonner website. If there is nothing comes up, save the search and it will be automatically forwarded to your email. You could even put the price. That way you only pay what you want to pay and save you lots of time looking for something you don't want to purchase. I love shopping for dolls/doll outfits on Ebay because very rarely I like both the doll & its outfit (Barbie included) and lots of Ebay sellers sell them separately. I like Gene fashion better (vintage fashion)than Tonner but in my opinion, Tonner dolls are more superior.