When I was asked again this year to make an exclusive outfit for the Studio Commissary I was thrilled.  Of course I was flooded with ideas.  I finally decided to make a blue version of an outfit that I had made back in early 2012.  I hadn't made the pattern for it yet, so I decided to kill two birds with one stone.


I present to you "Pour Vous". 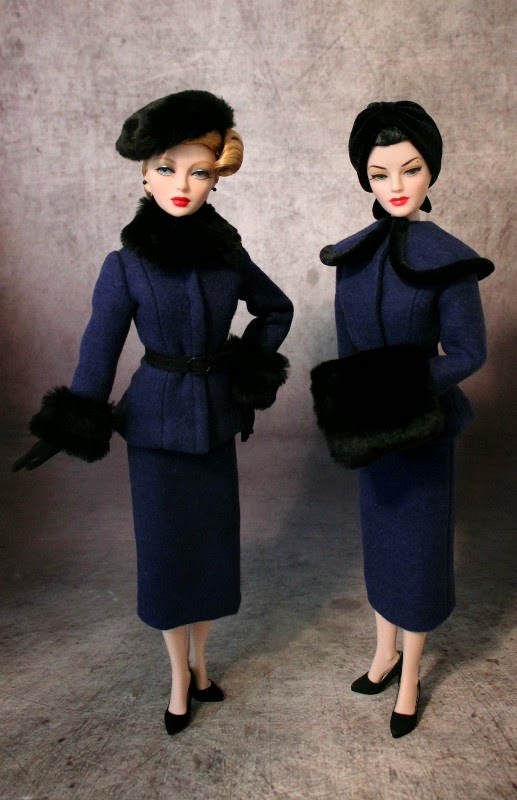 I didn't come up with this fancy French name myself.  Mike, the owner of the the Studio Commissary did.  I never name my outfits, though I wish I had the creativity to do it.  The original name for this ensemble was "Suit with 2 Collars".  Isn't that romantic? 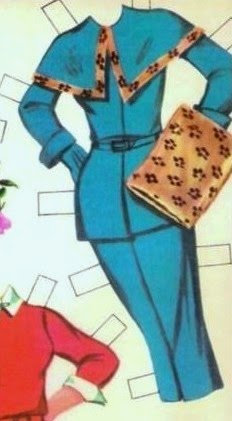 Usually I am inspired by designers and films.  This time I was inspired by a vintage paper doll suit. 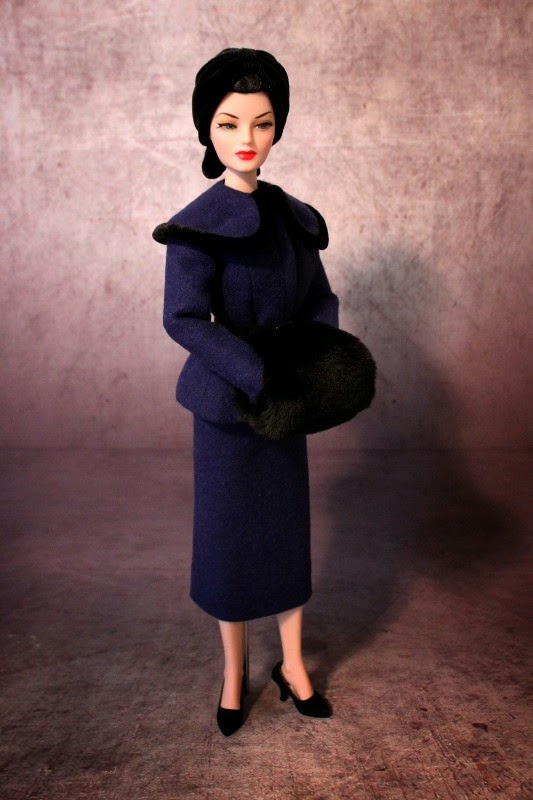 I added the turban instead of trying to replicate the original paper doll hat. 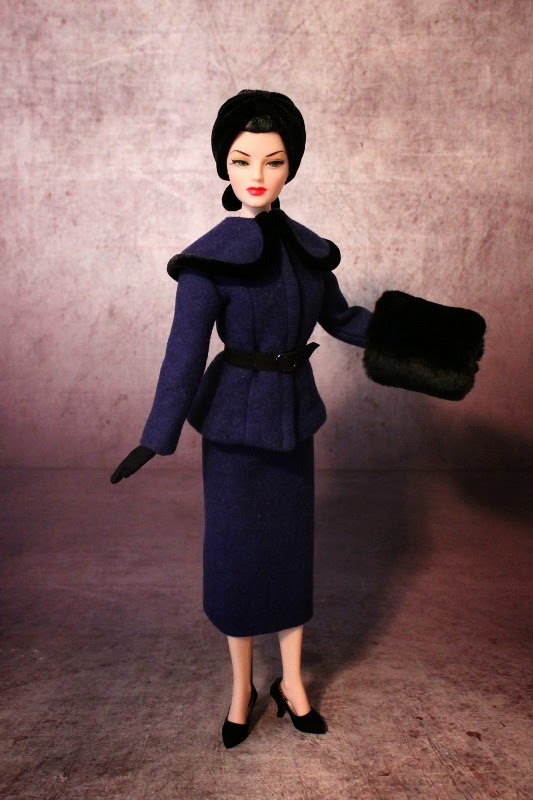 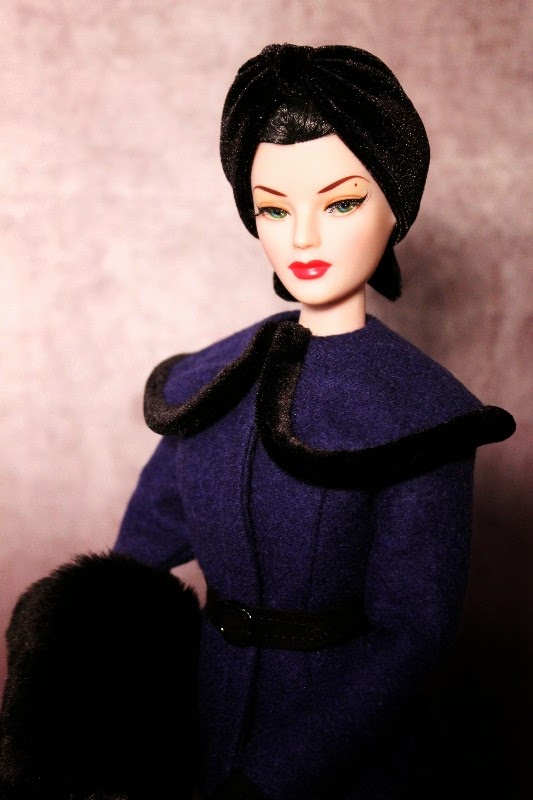 I rounded the collar to make it easier to sew. 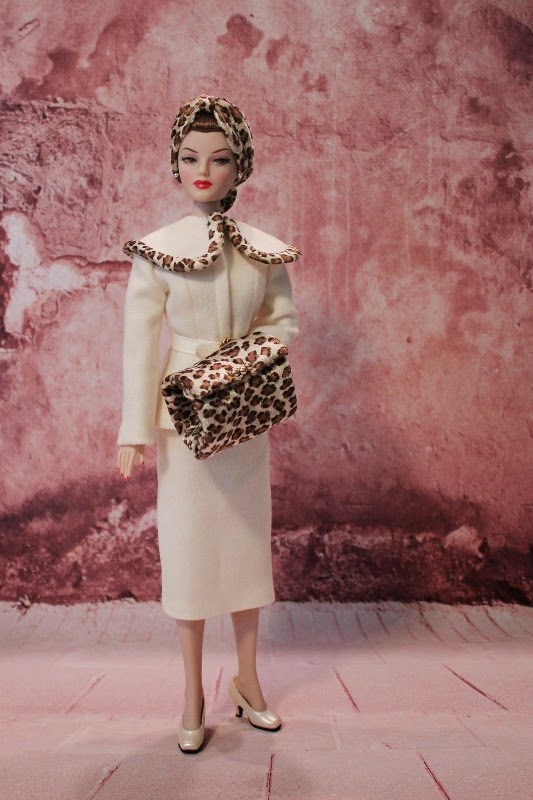 This is the first version I made of this design back in 2012.  I love this leopard velour fabric.  It was perfect for this outfit, but sadly I used it up. 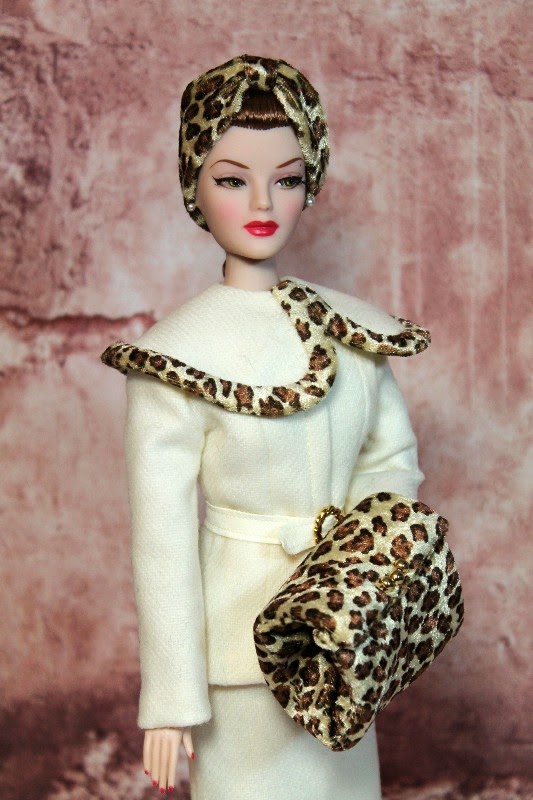 I also wasn't happy with the fit of this version.  It was on the big side for Gene.  I ended up making the jacket more fitted. 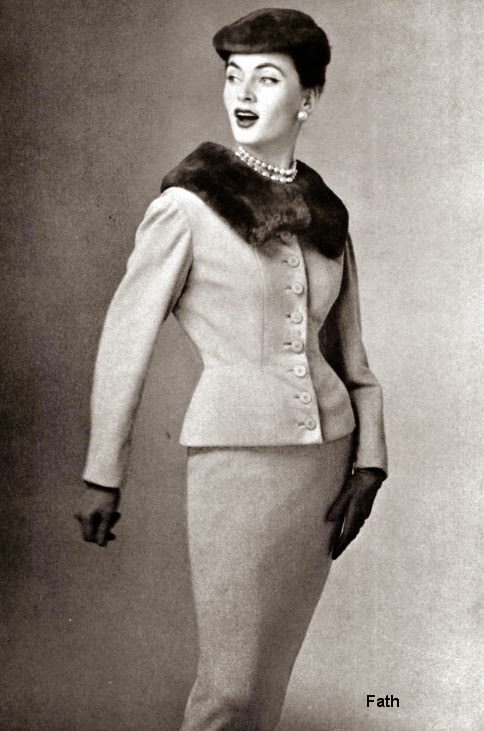 I was also inspired by this 1954 Jaques Fath design.  So I added a fur hat and collar to get this look. 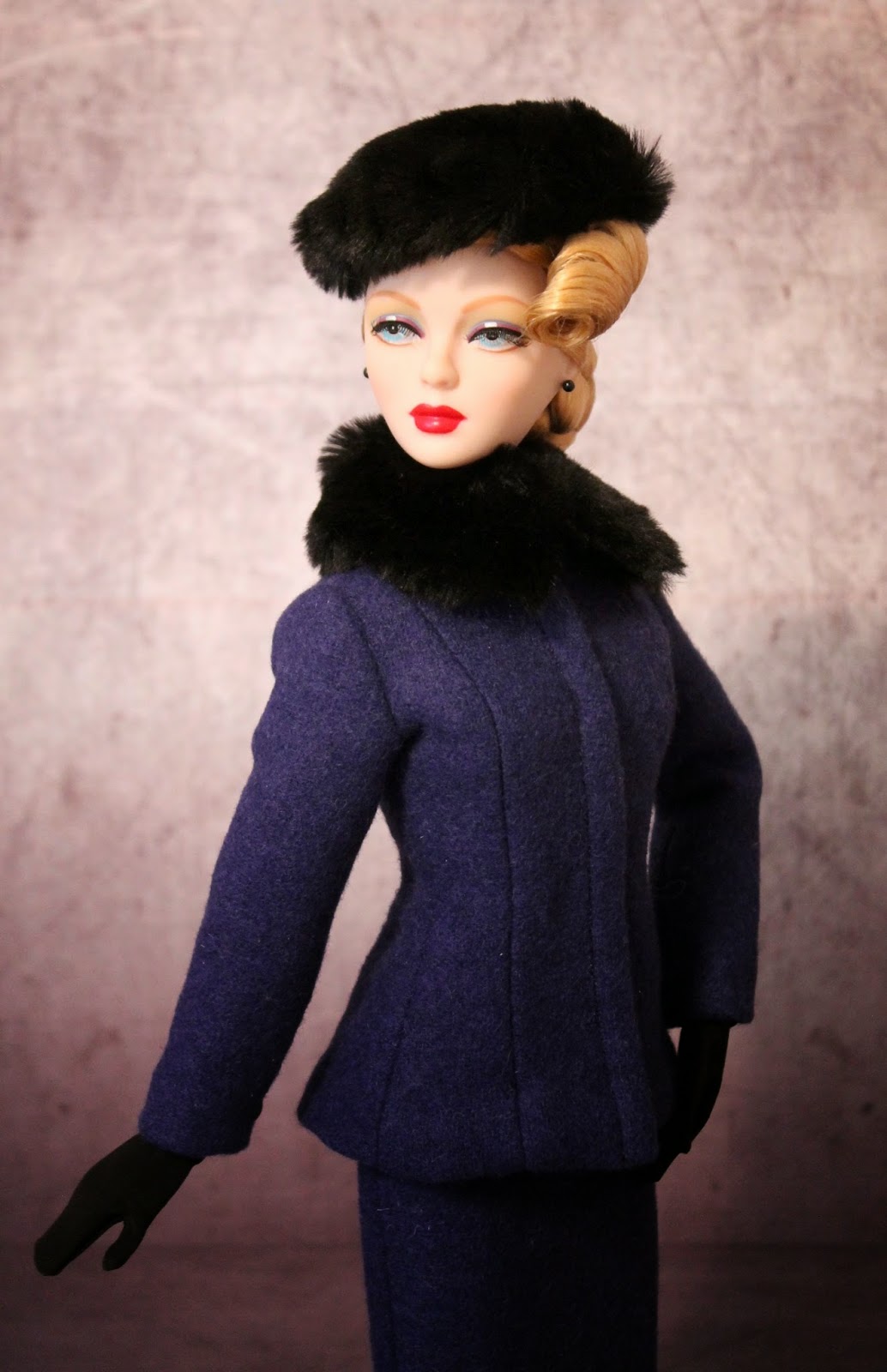 The only thing missing is the buttons. 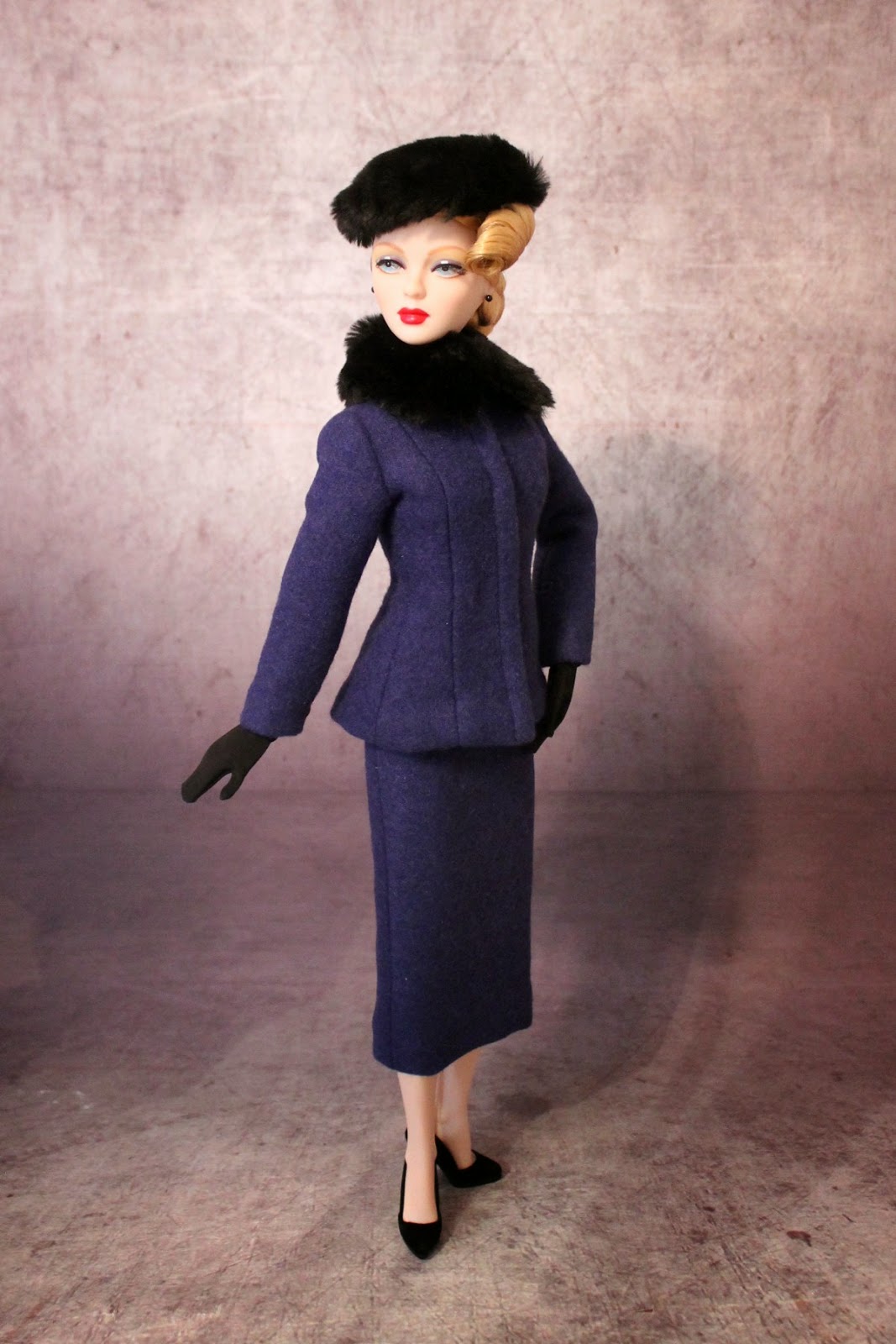 I wasn't sure I would like this suit without the belt, but I really do.

I added fur cuffs for the heck of it. 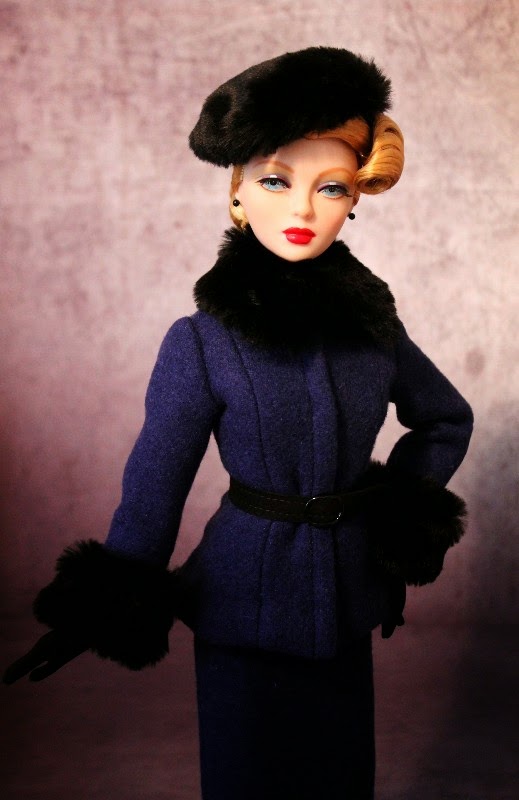 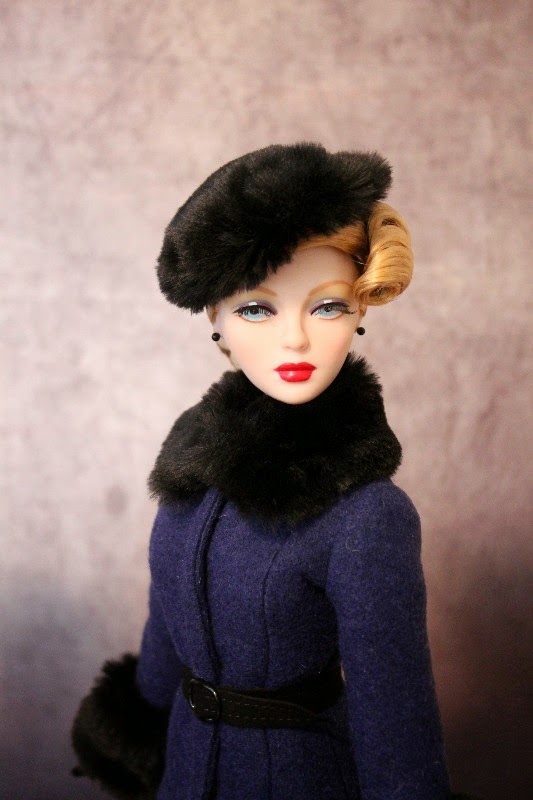 Tornado is one of my favoirte models since I painted her lips. 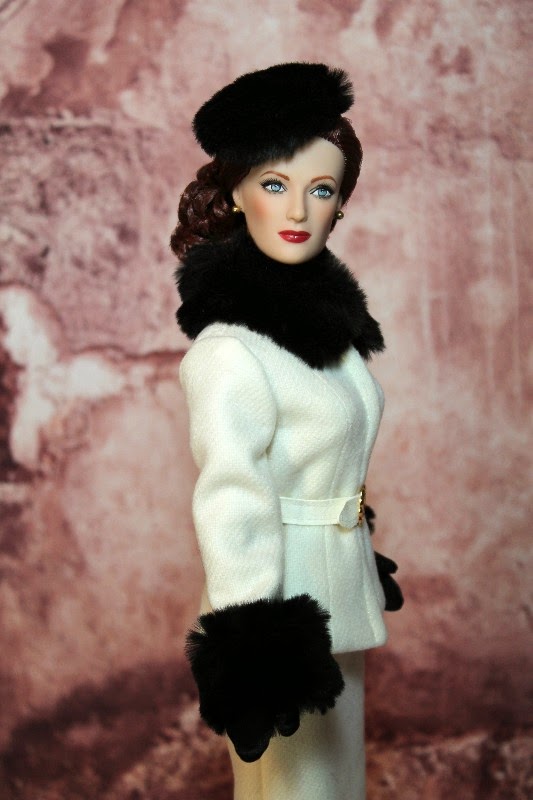 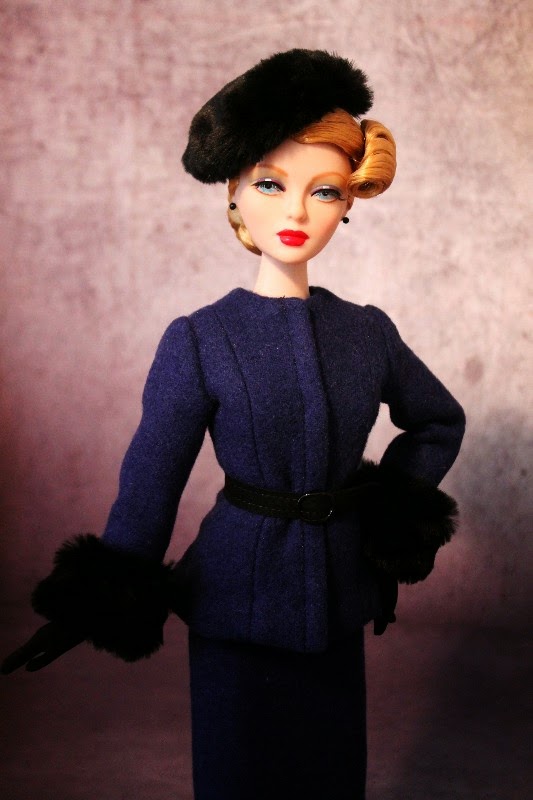 The next several pictures are different looks than can be made with all the accessories. 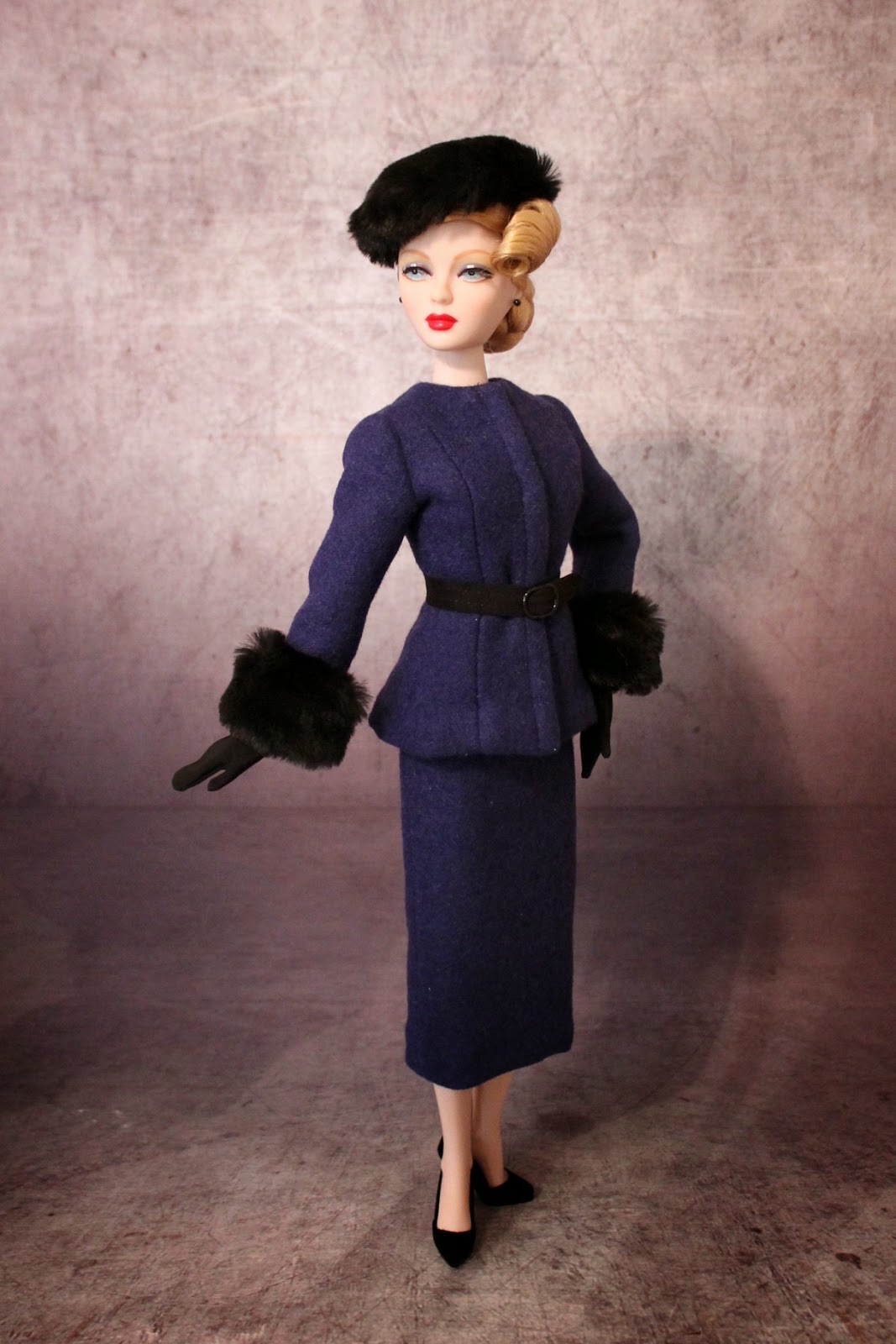 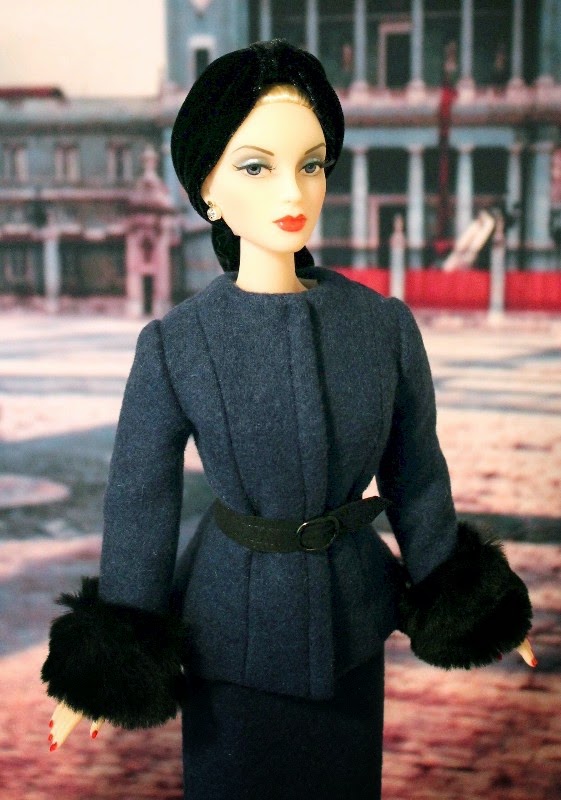 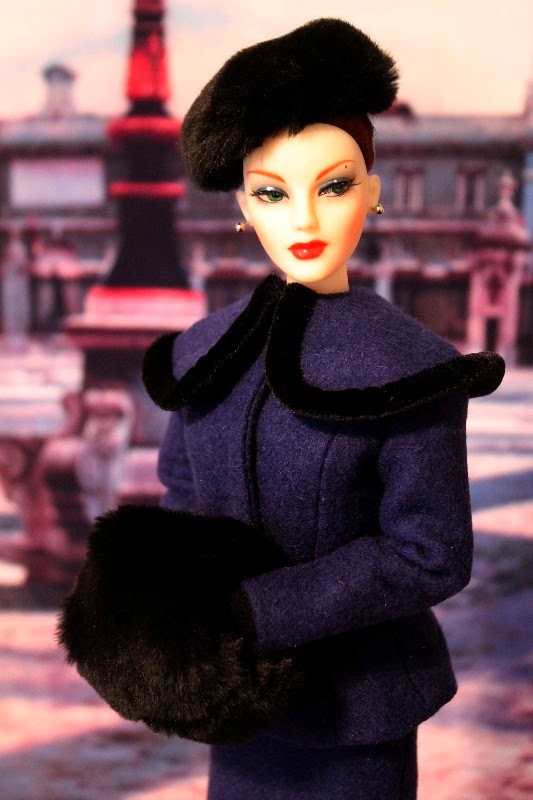 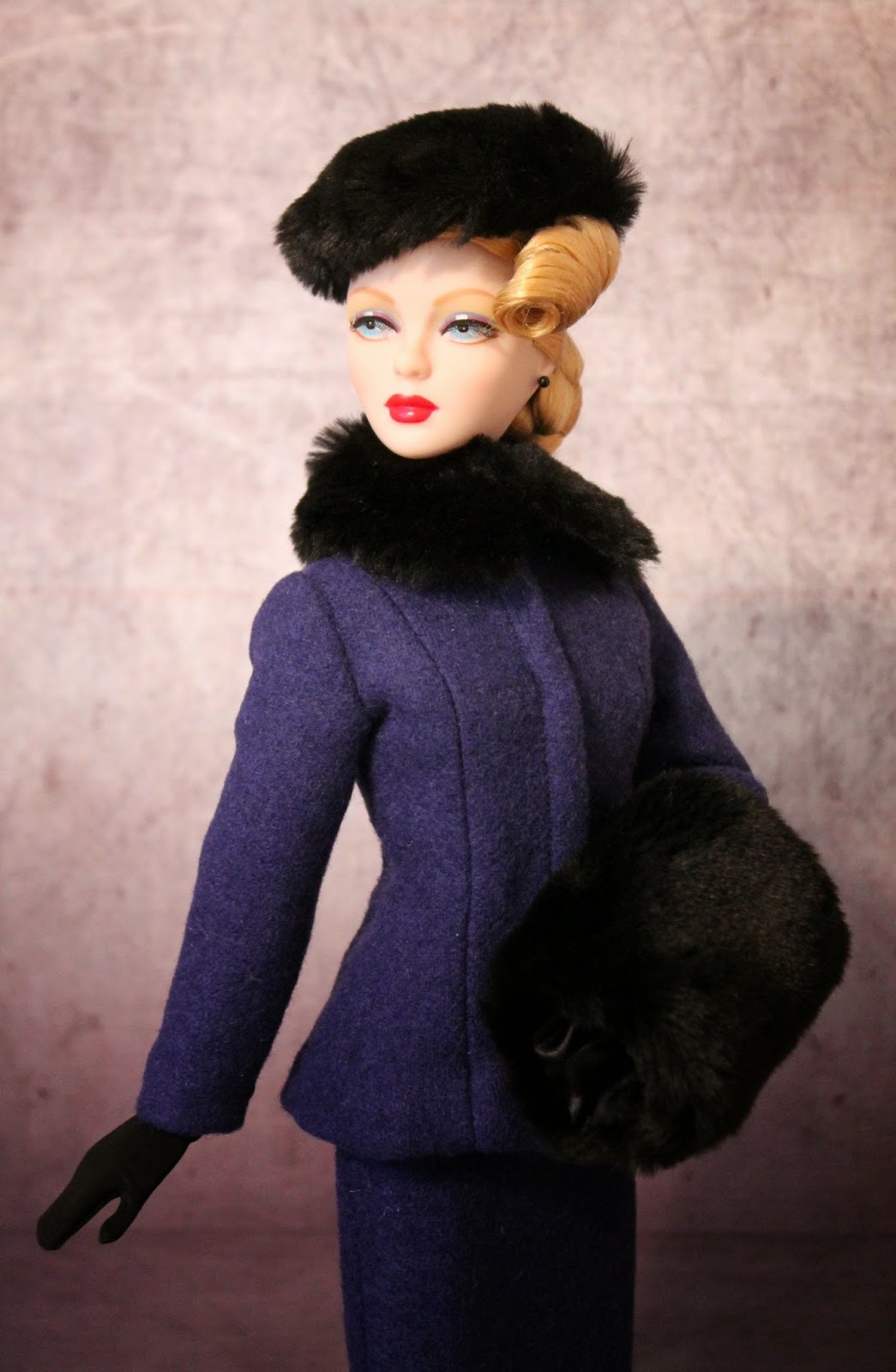 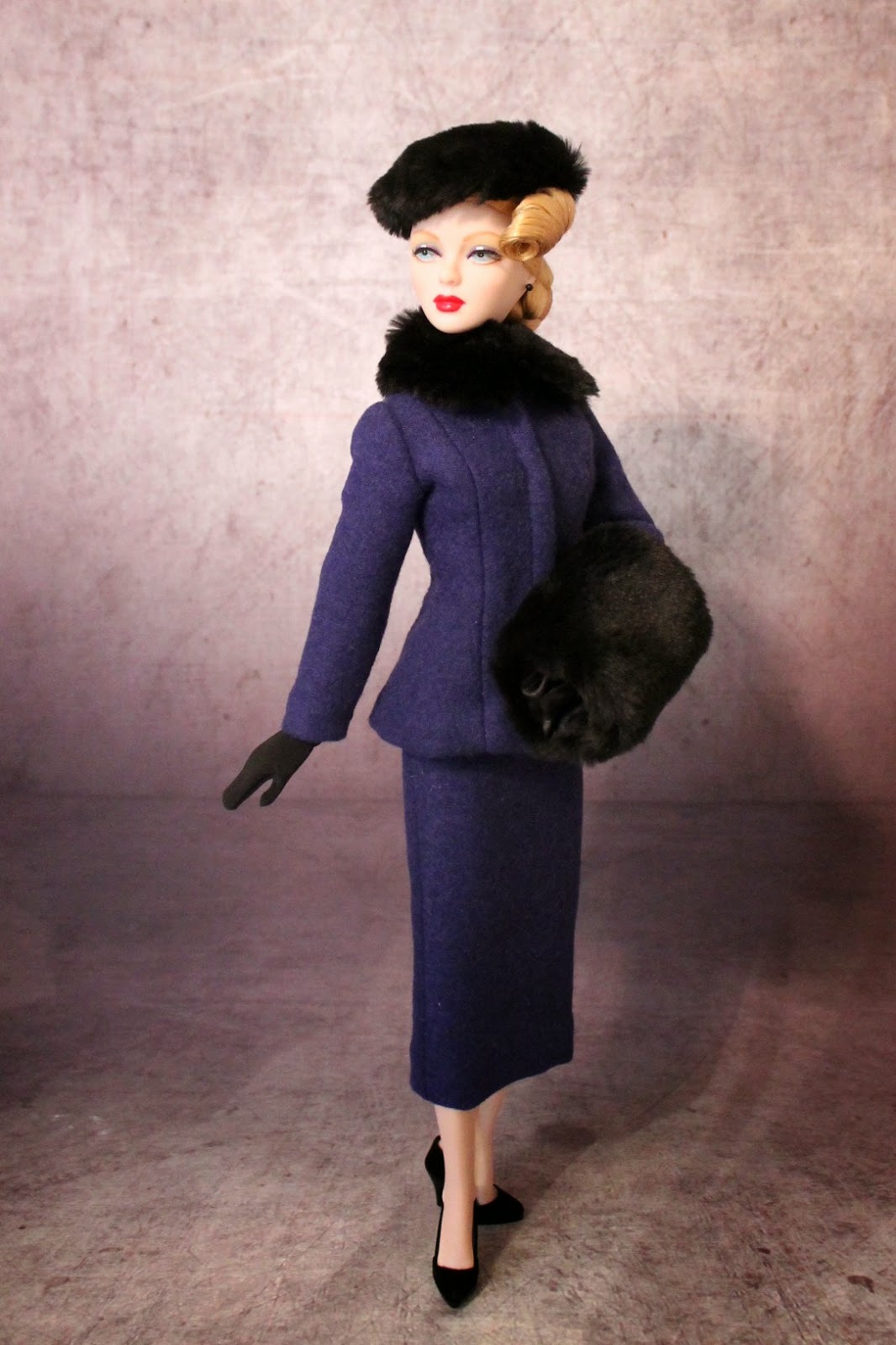 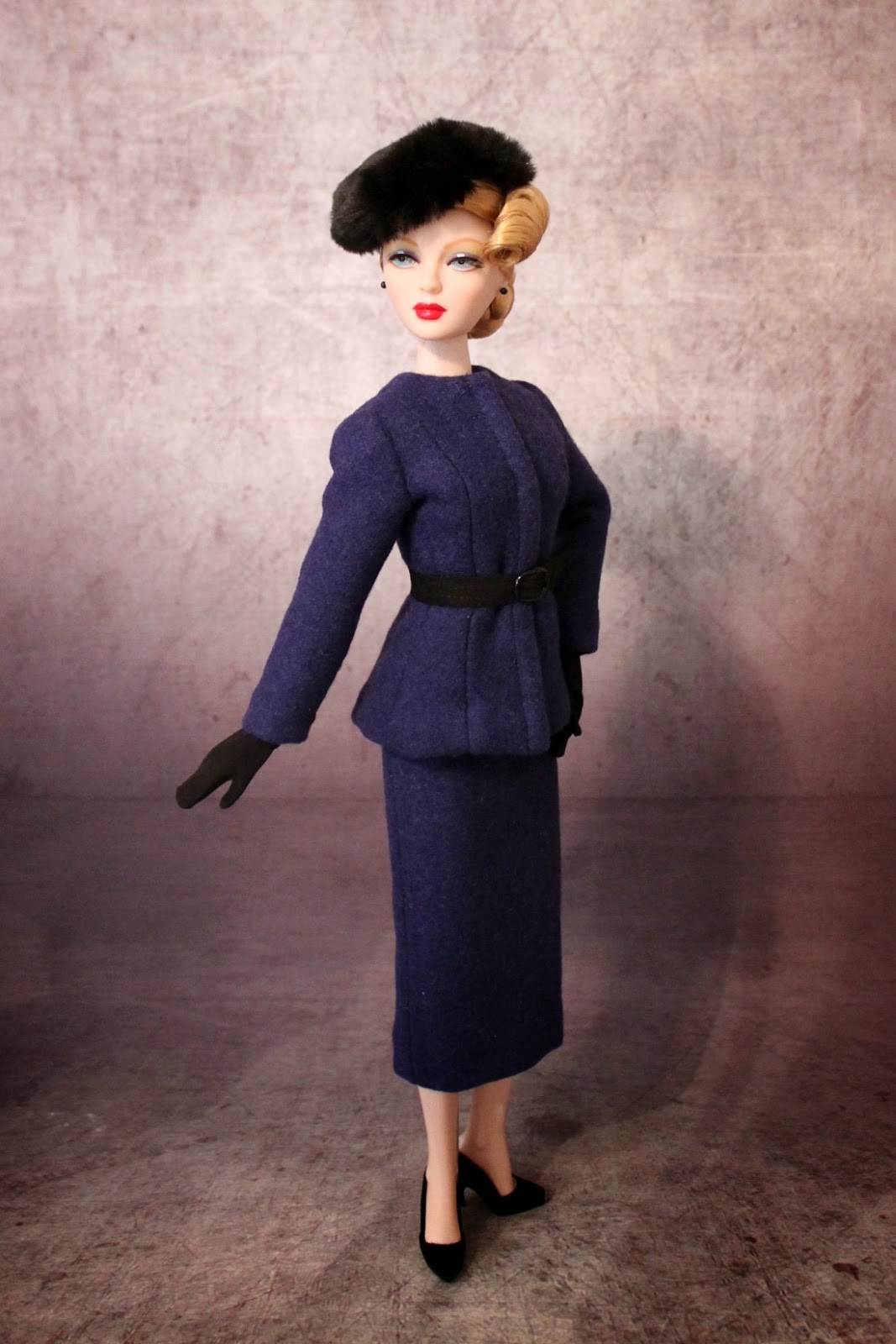 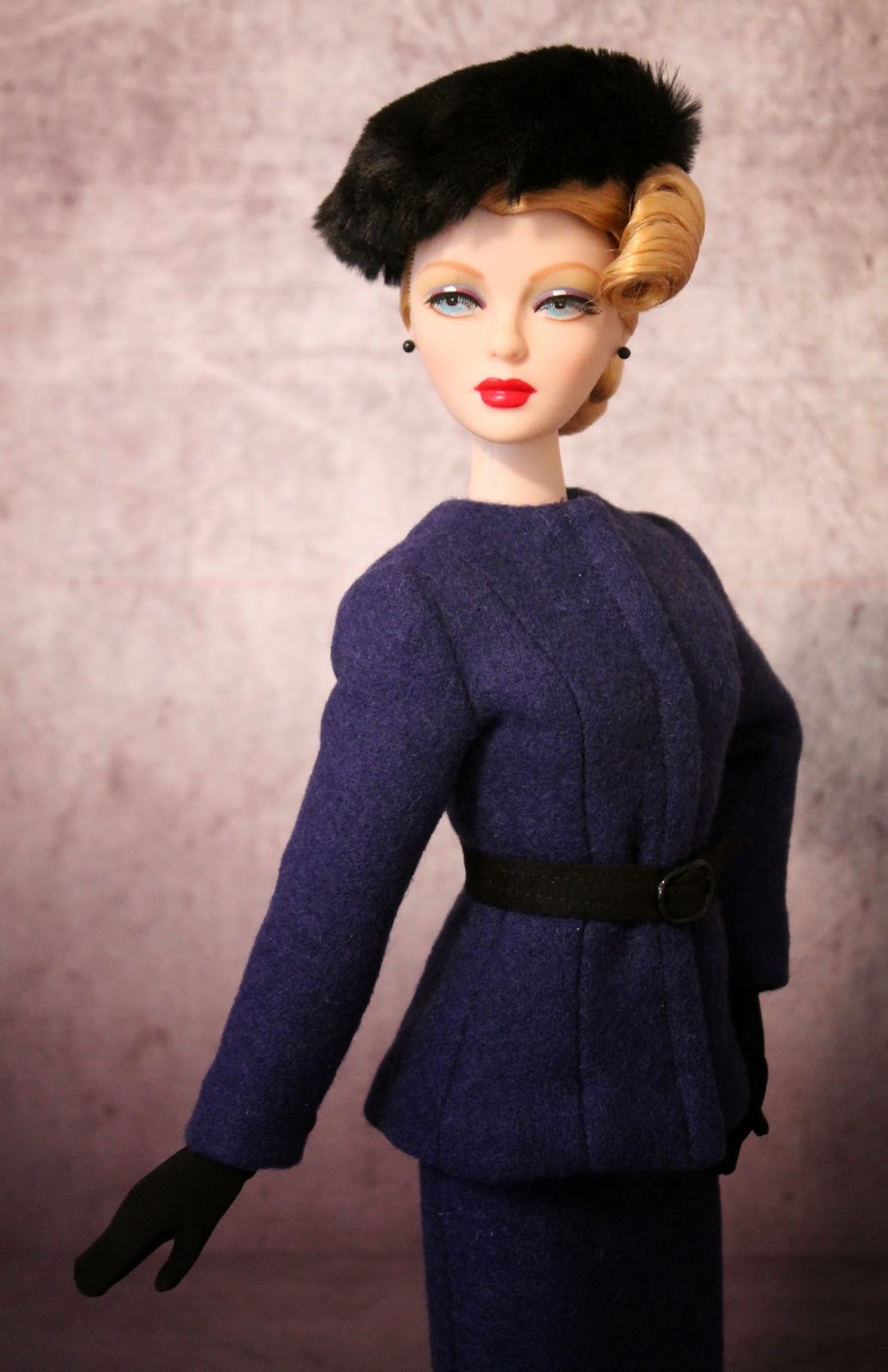 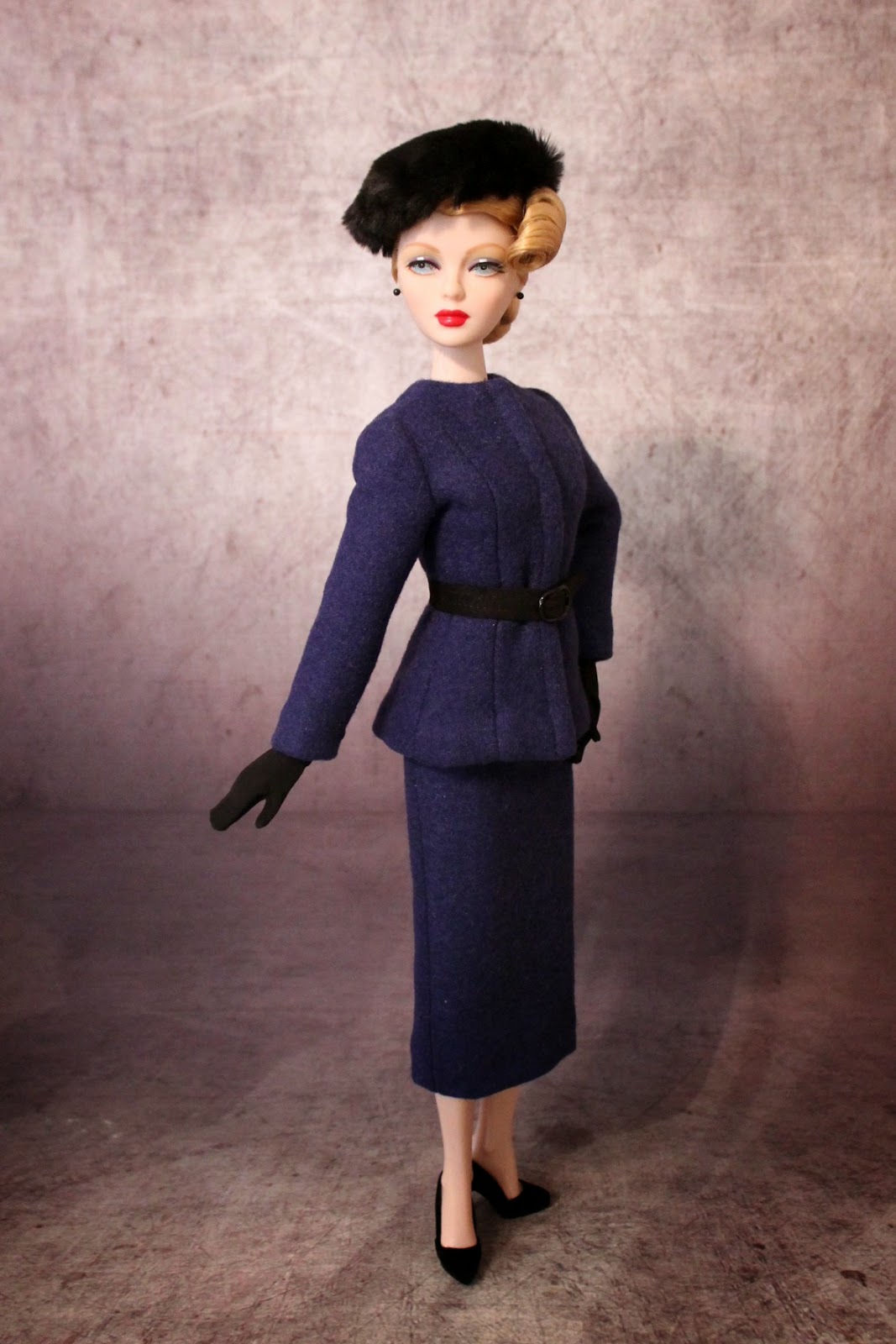 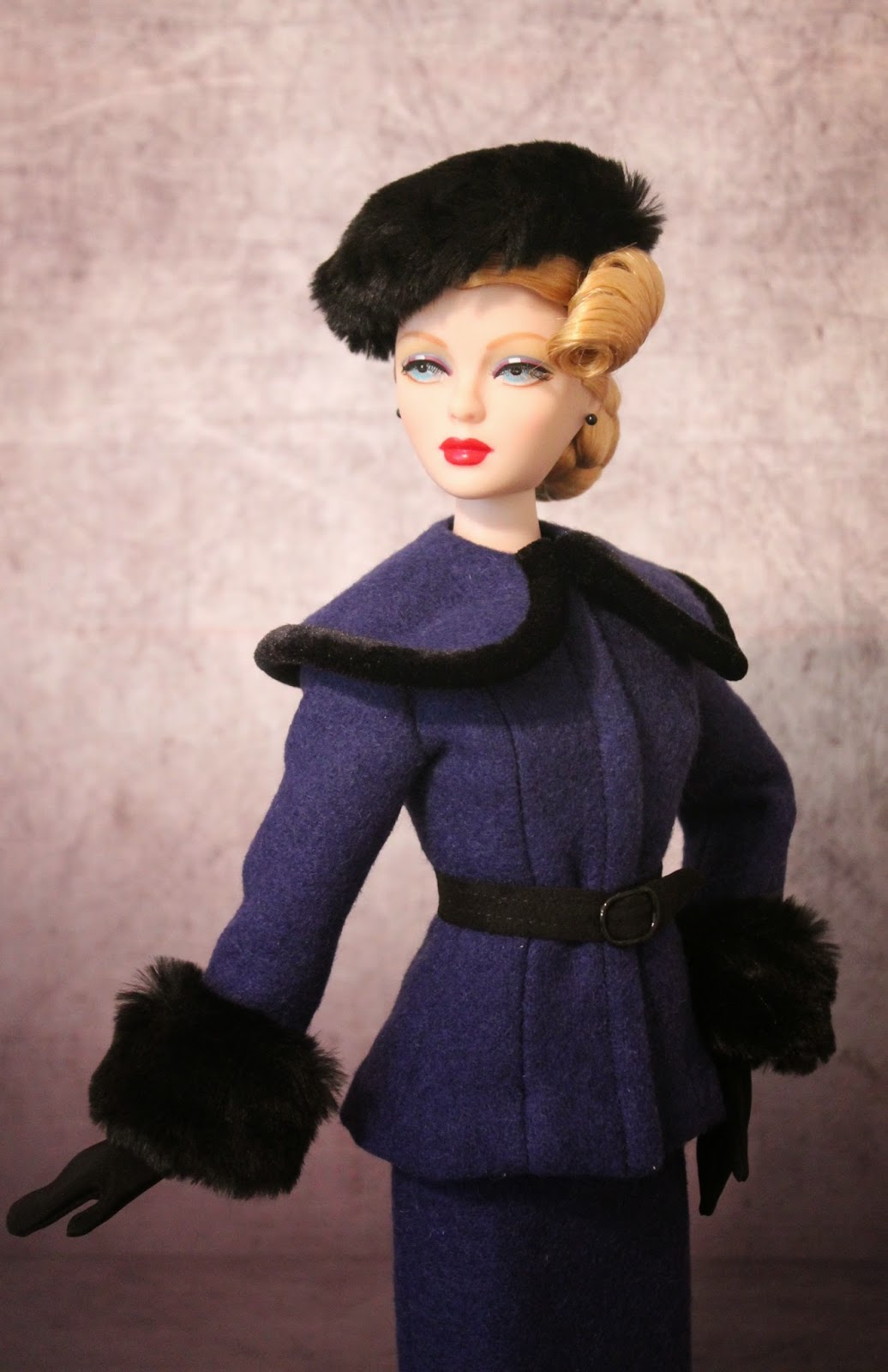 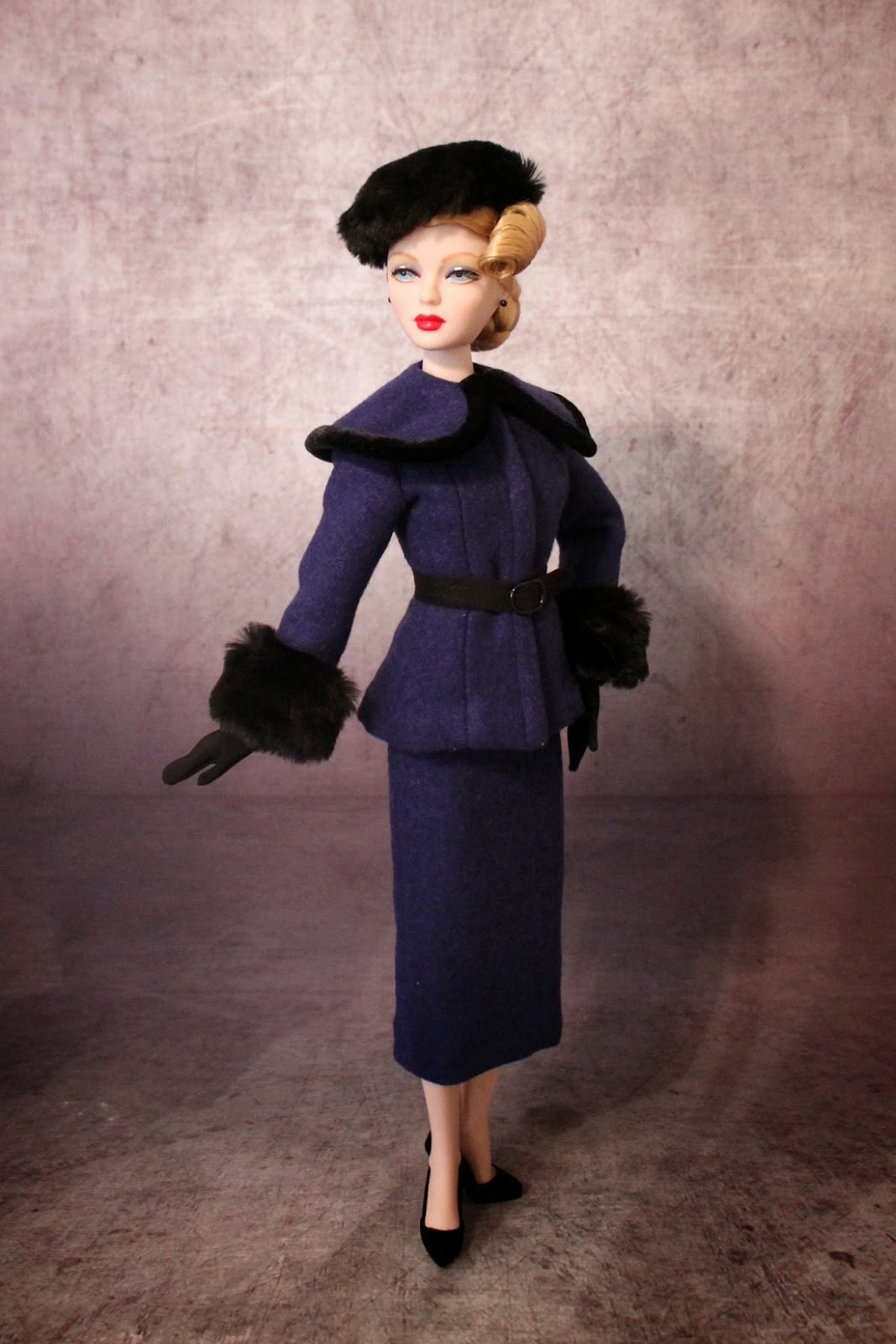 There are a few more combinations I thought of after I did this photo session.  Which look do you like the best? 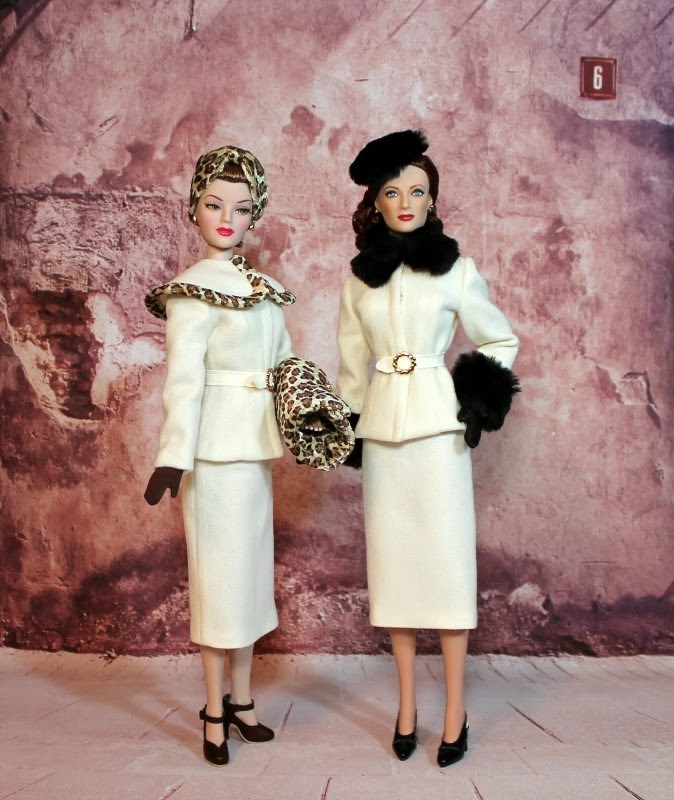 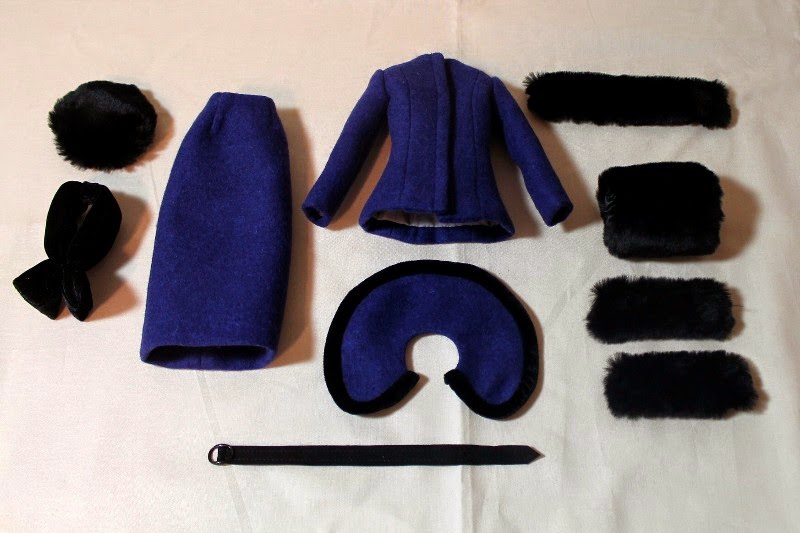 These are really lovely, but the cream and leopard/black are far and away my favorites!

To be honest I can't choose a favorite, all the looks are stunning. So elegant and perfect, I love this design!