I wanted to update some of my early patterns' cover pages, so I decided to photograph my "Rear Window" collection on my JAMIEshow dolls. 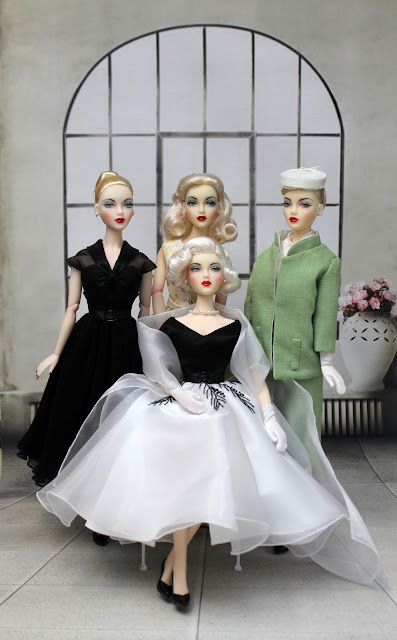 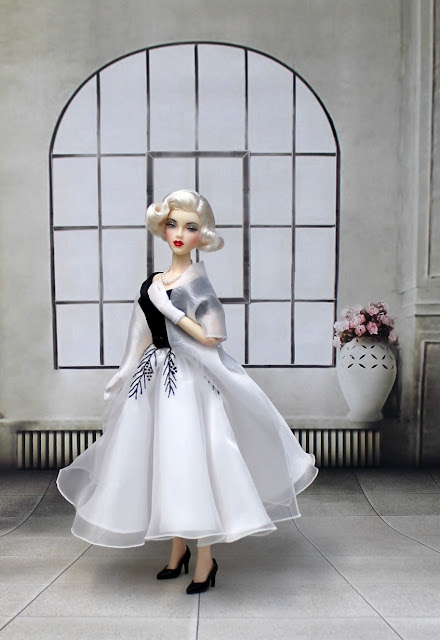 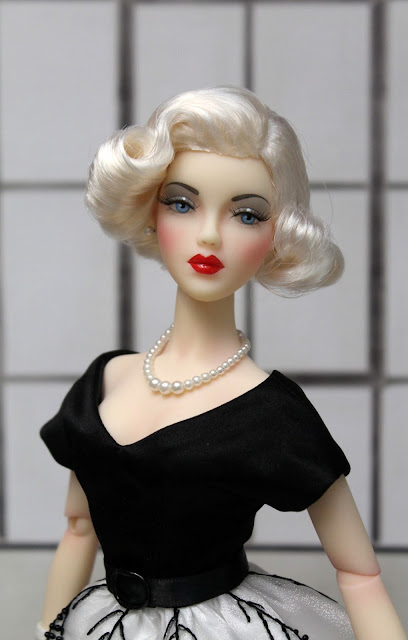 I love her full lips. 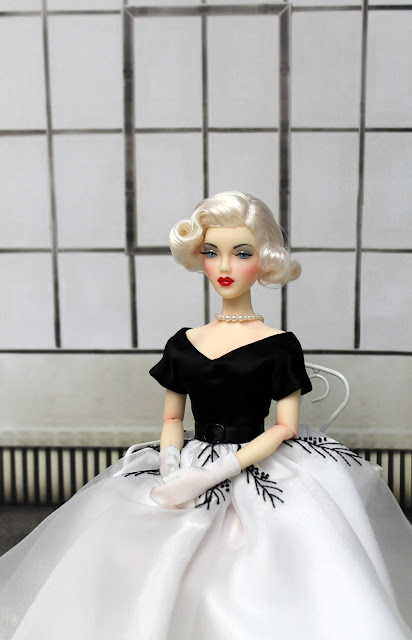 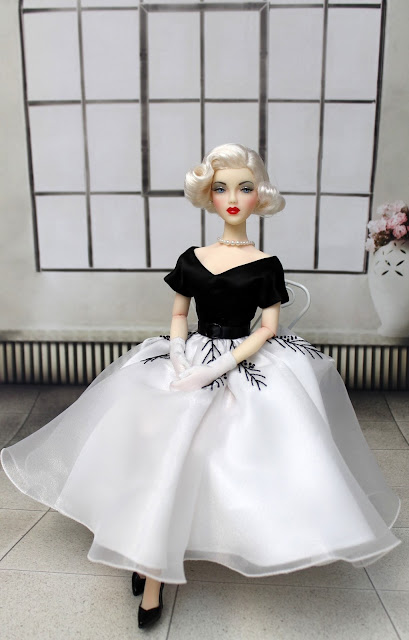 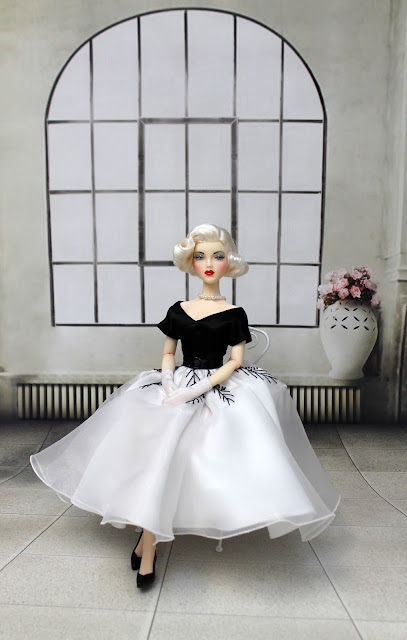 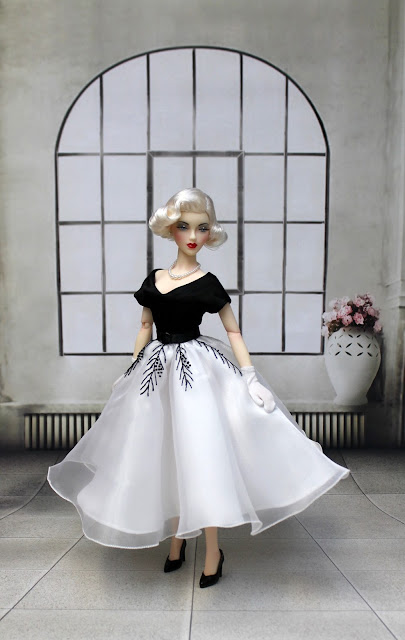 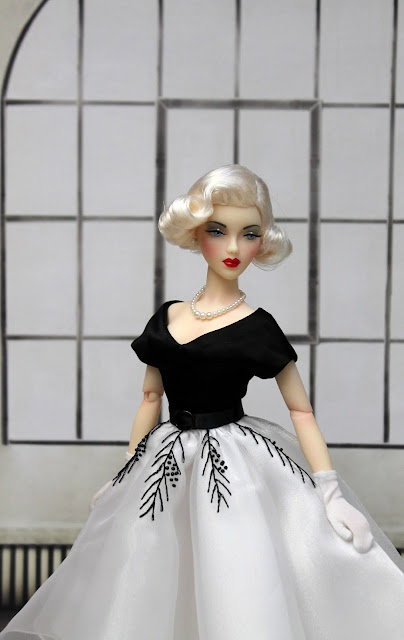 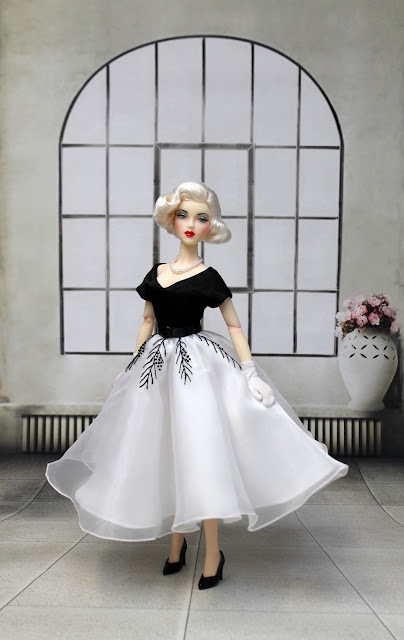 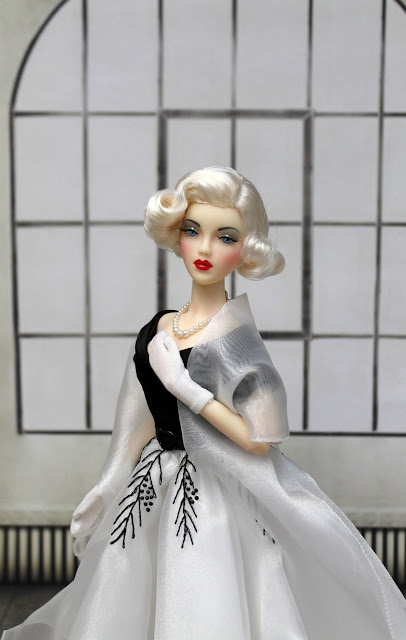 I love this beautiful dress!
﻿ 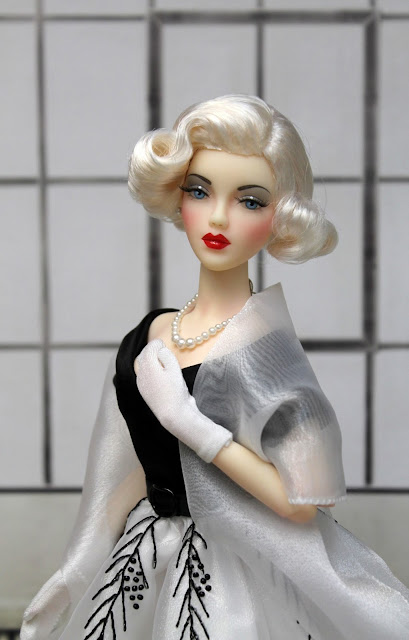 The black cocktail dress from the film is also beautiful. 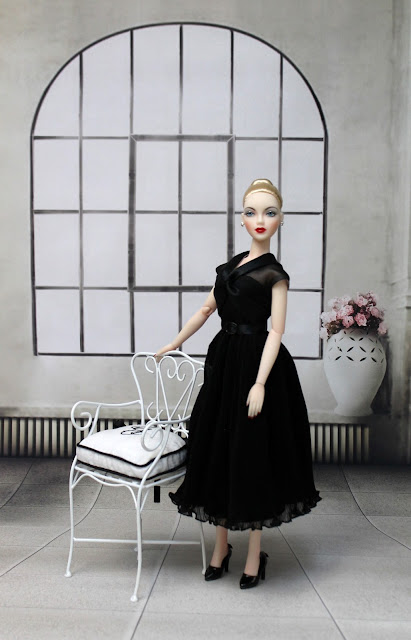 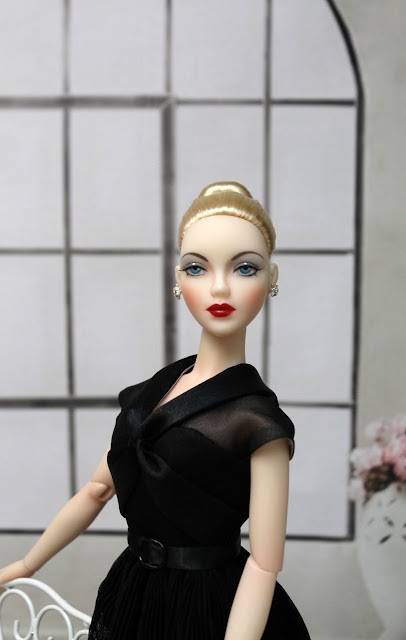 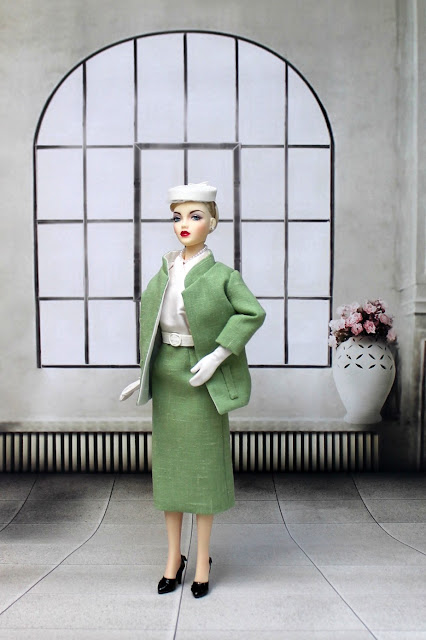 I love the green suit too. 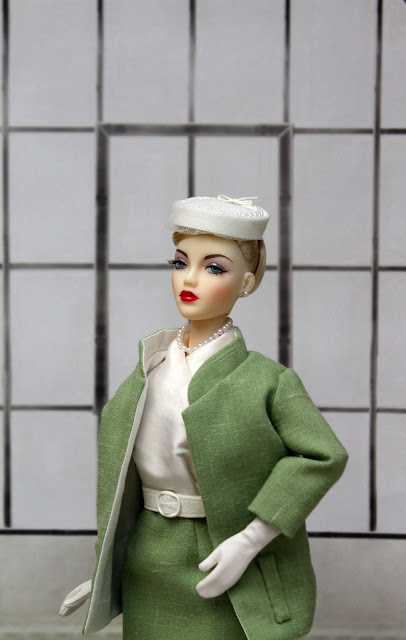 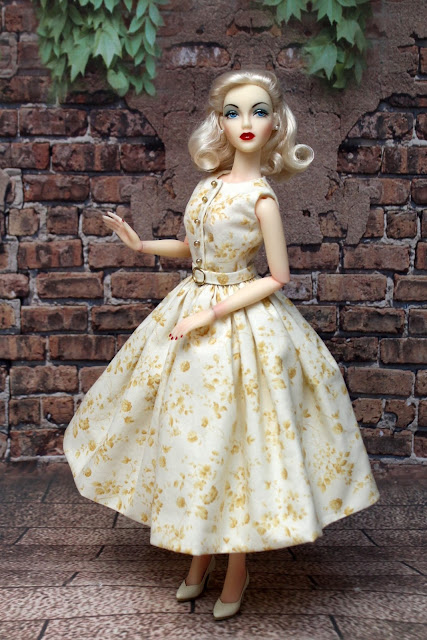 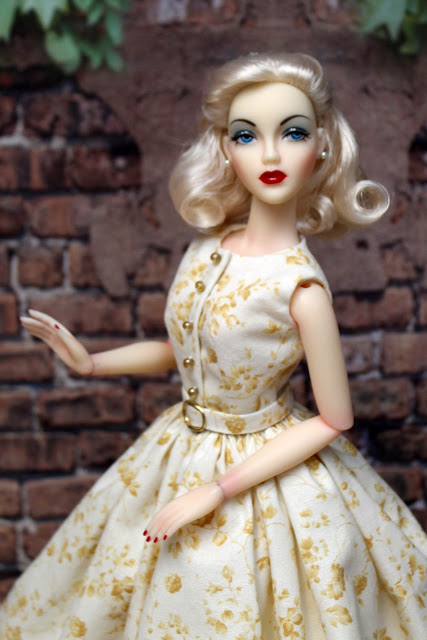 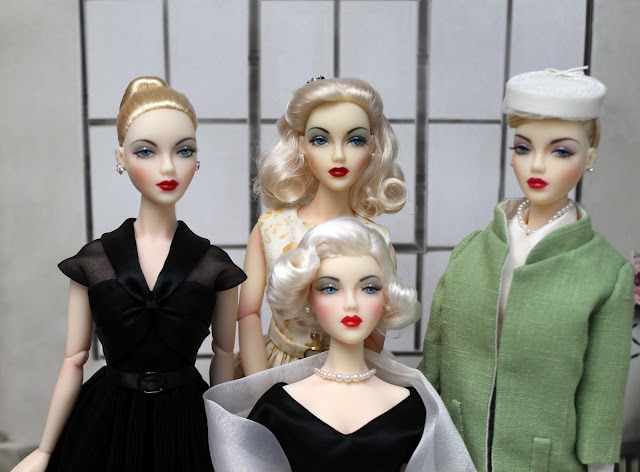 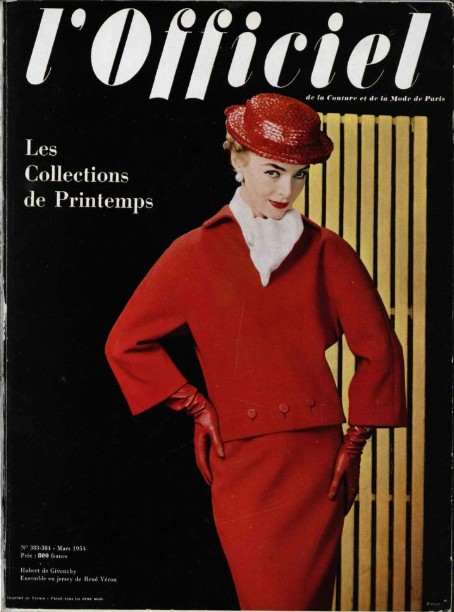 Like usual, there is a story behind this photo.  My first doll convention was the 2008 "Girls From Dream City" Gene convention in Orlando Florida.  I rented a table in the sales room and had a great time selling my doll clothes and getting to know the other people selling in the room.  A lady at the next table was selling vintage L'Officiel magazines.  I had never heard of this magazine before and I was freaking out over all the gorgeous vintage fashions in the magazines.  I wanted to take them all home, but decided to choose the March 1954 edition with this cover photo.
I have wanted to make this stylish suit since 2008, but there was one hang-up, that red straw hat.  The suit looked simple enough, but that hat.  I haven't had much experience making straw hats, though you wouldn't know that if you saw my hat straw braid stash.
I finally made a small batch of these suits to take to Sandra Stillwell's convention last year.  I was skeptical of gluing the braid, so I attempted to hand sew the hats.  The turned out misshapen and sewing them was no fun at all.  I was bummed because I loved making the suits, but I hated making the hats.  I felt the hat was important, so I wasn't sure what I was going to do.  A doll friend at the convention told me to glue the hats, so I followed her advice and making the hats ended up being fun!
Here is my attempt to recreate the magazine cover. 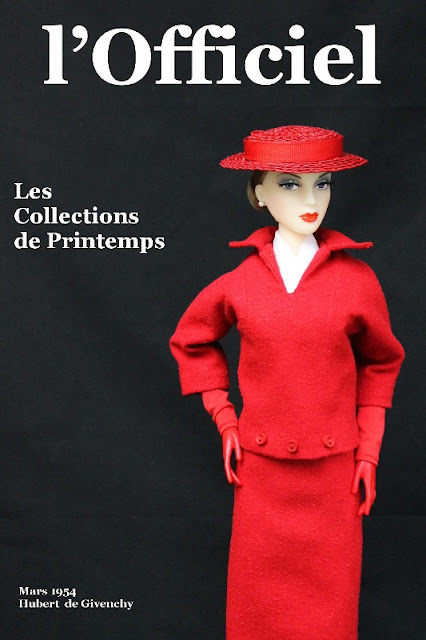 I'm really happy about how the suit and hat turned out.  The glue also gives the hat more body, so it keeps it shape.  I used the cap off a bottle of juice to shape my hats.  I might have gone shopping at the grocery store with Gene's navy straw hat and tried it on a bunch of juice caps until I found the right size. 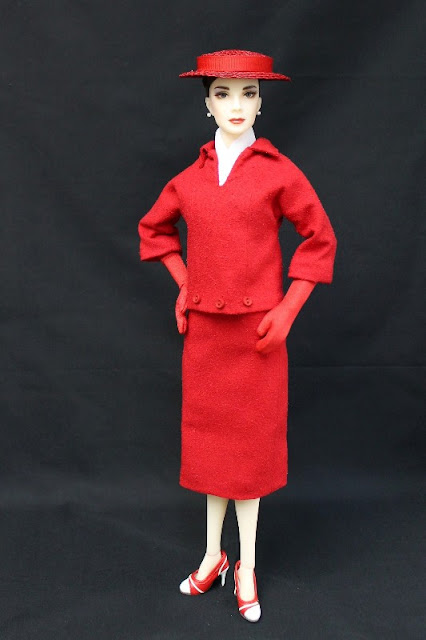 My JAMIEshow Audrey looks great in this suit. 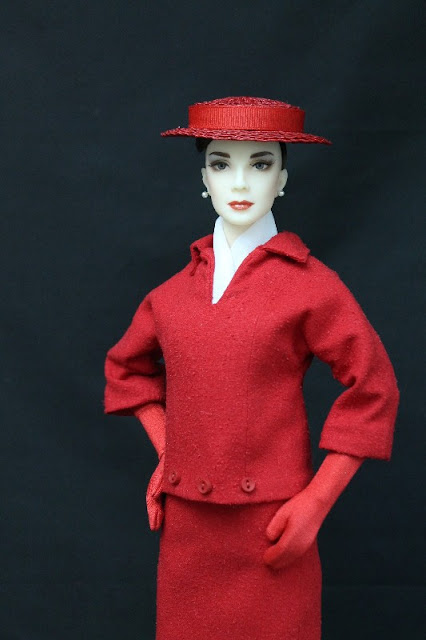 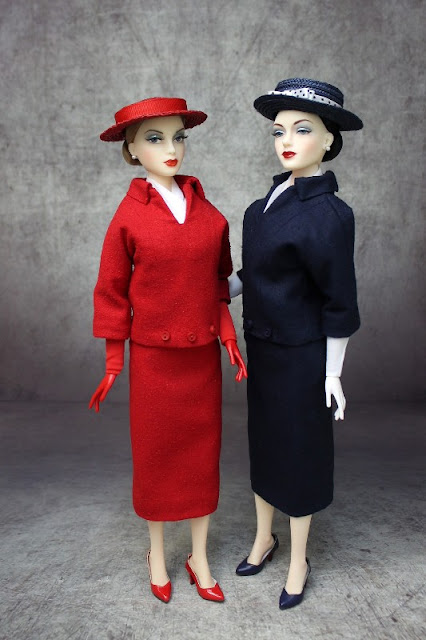 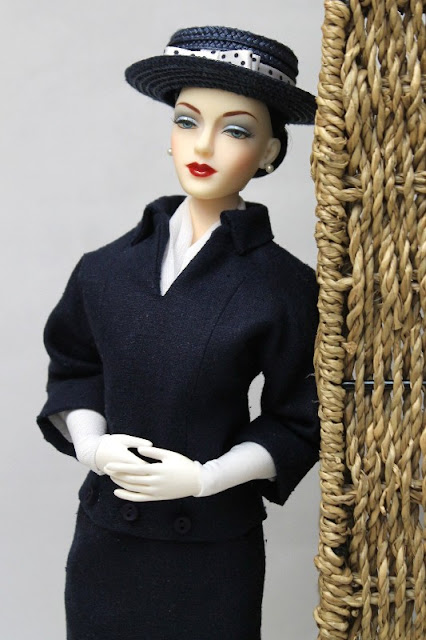 My brand new Marsha Hunt doll is modeling this version.  She was the convention doll at last weeks JAMIEshow "Hollywood Canteen" convention.  I love her in this outfit. 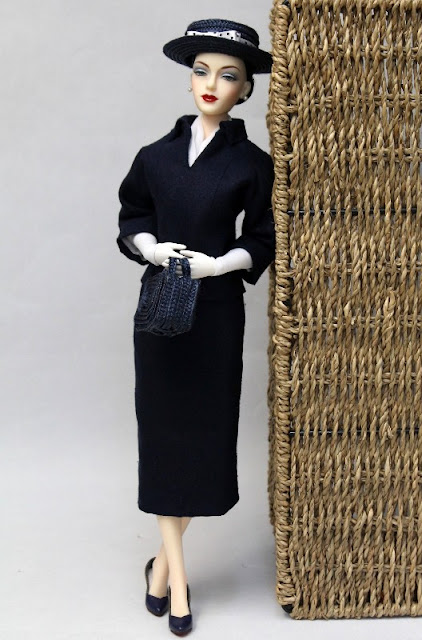 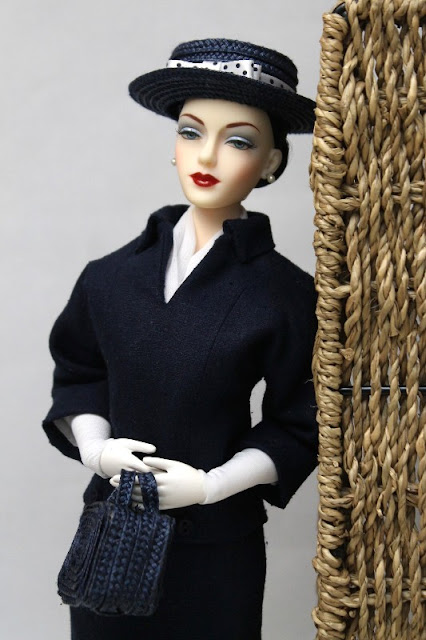 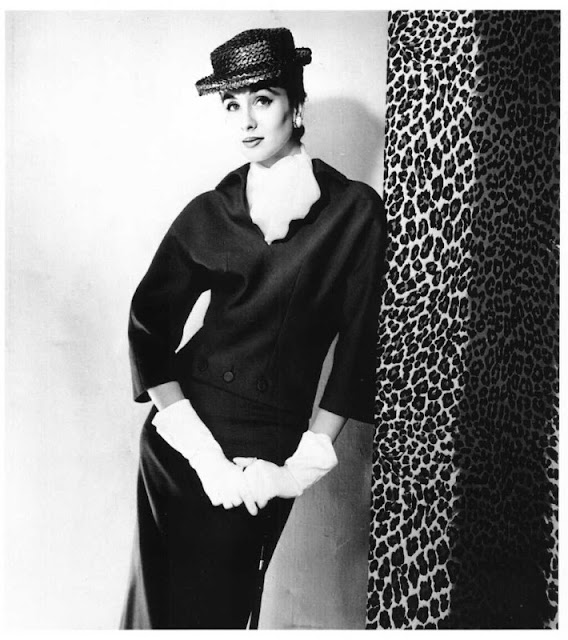 To purchase this pattern click here.here
Posted by Diane at 9:14 PM No comments: