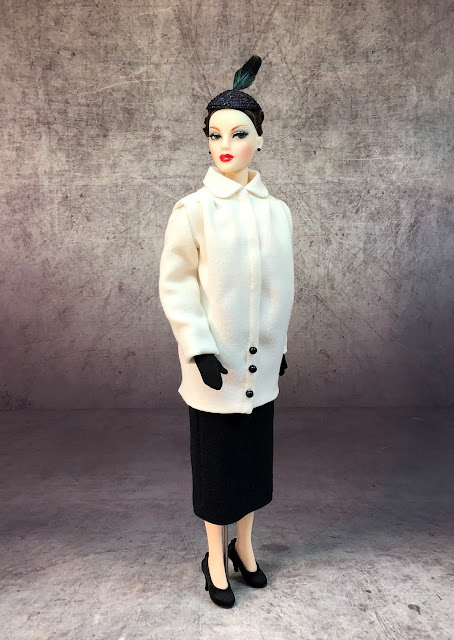 We have been here before with this outfit, but I am finally finishing up my second attempt and pattern for this outfit.

This outfit was inspired by a 1945 Jacques Fath design form the Theatre de la Mode collection. 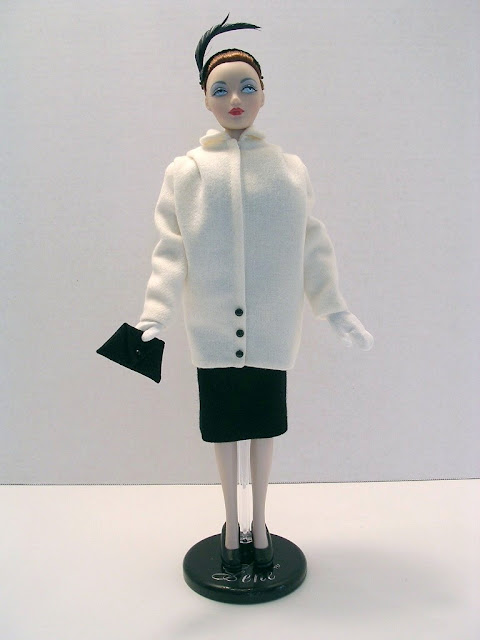 My first attempt way back in 2005.  To see my first blog post about this outfit click here. 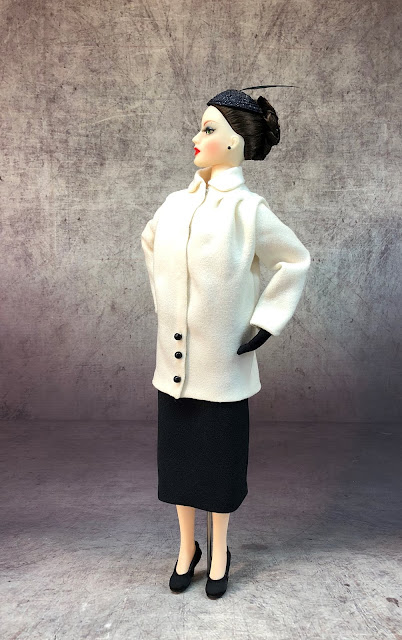 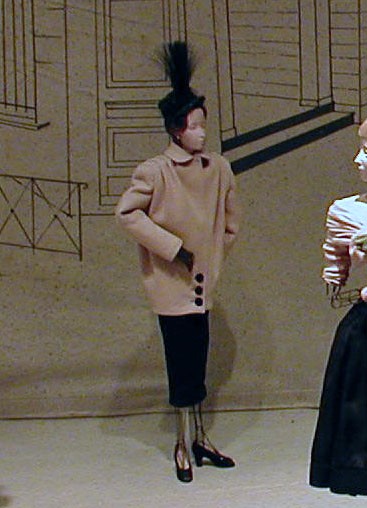 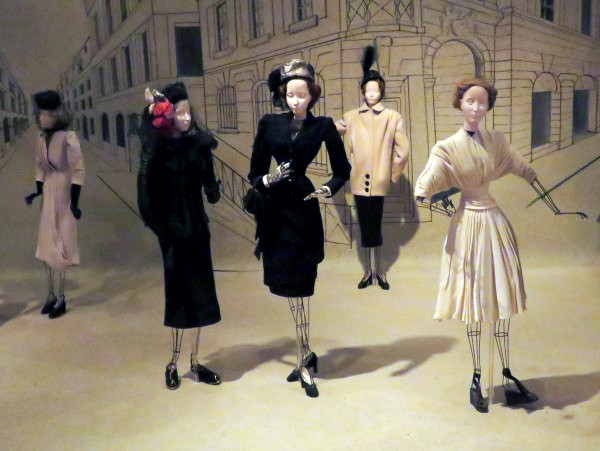 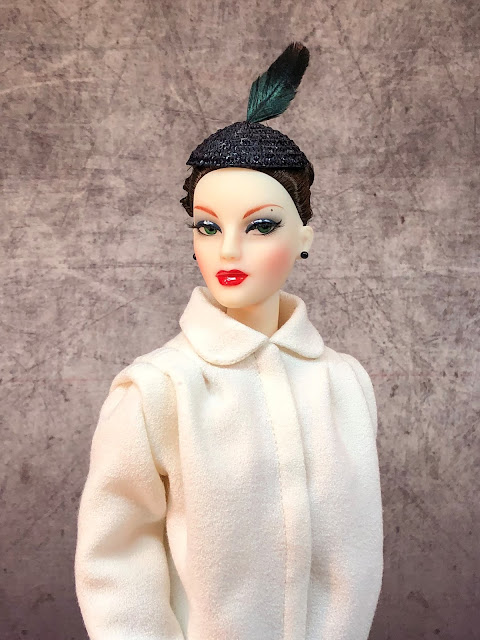 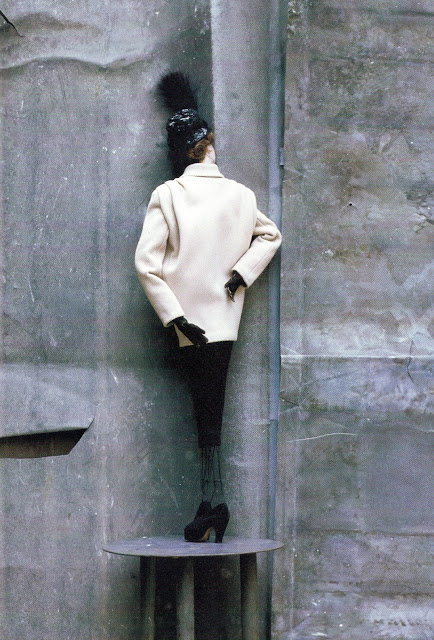 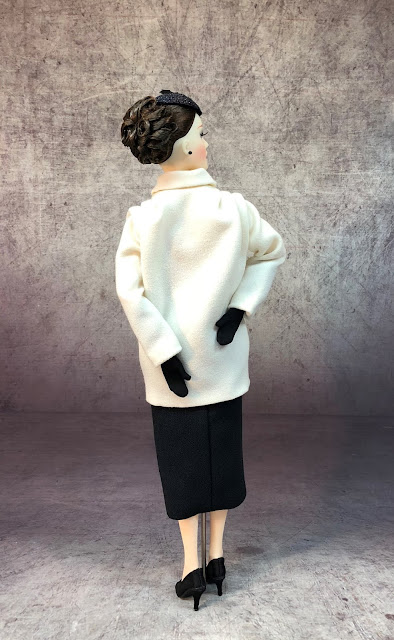 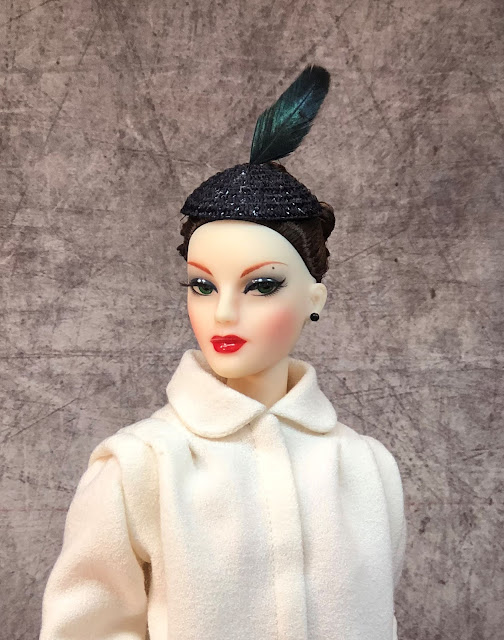 To purchase the pattern click here.
Posted by Diane at 3:23 PM No comments:

I Think I Will Try to Make Some Purses

I just realized that I had forgotten to blog about my last pattern.  I made this pattern for a convention last summer.  I had dabbled in making purses in the past and was itching to try making more. 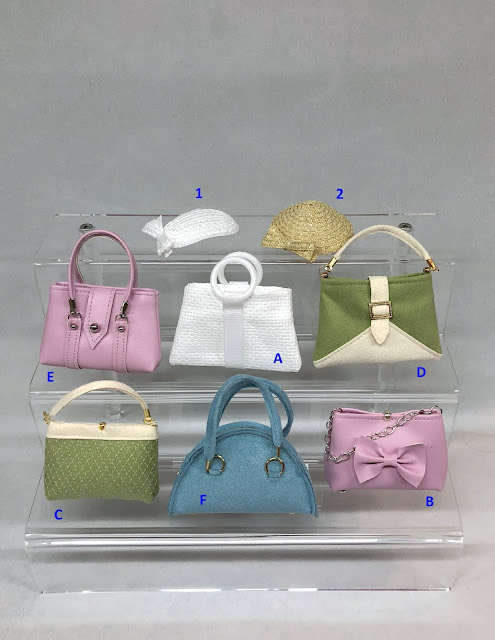 The doll purse making queen in my opinion is Matisse's Brenda Visaya.  I have been literally stalking her blog for years.  She takes miniature fashion sewing to another level.

I'm the proud owner of one incredible Matisse suit and two purses. 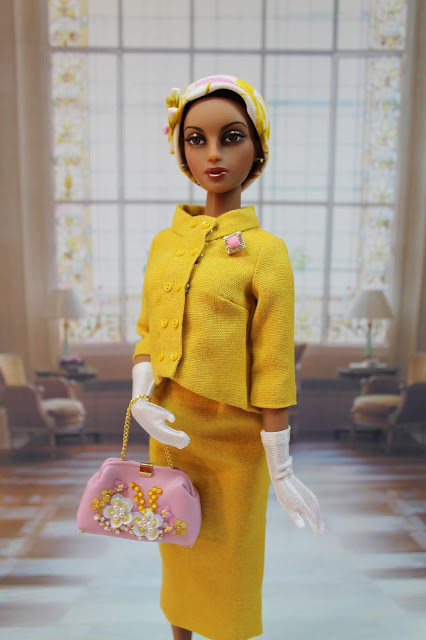 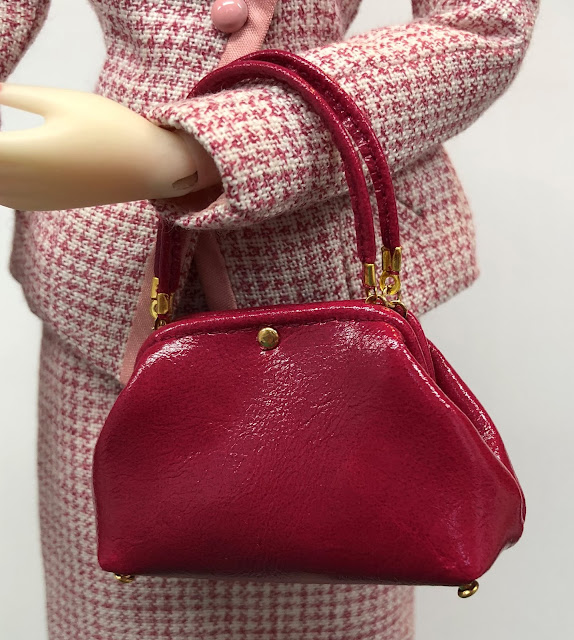 I was also inspired by my huge collection of purses on Pinterest.  I had to limit the number of purses to six for this pattern. 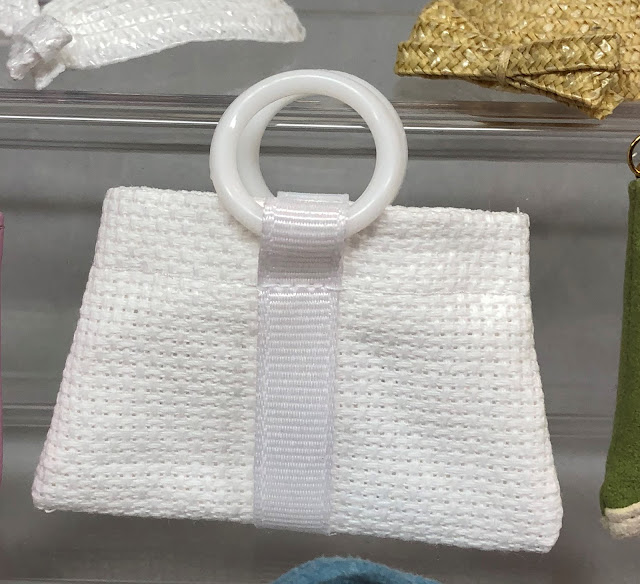 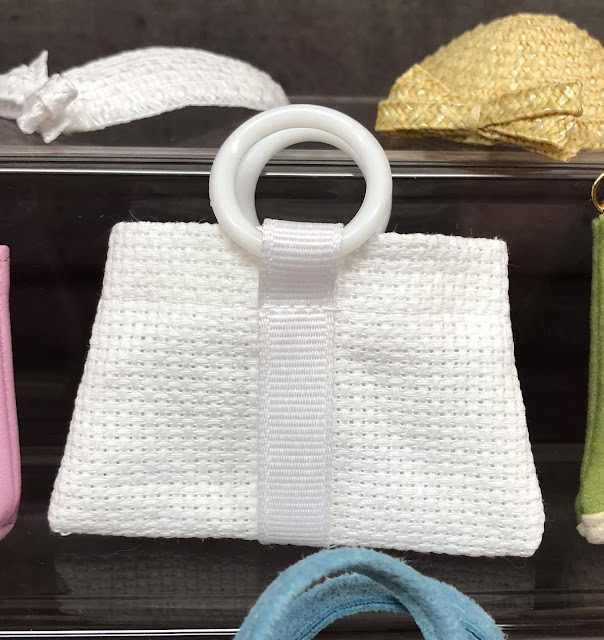 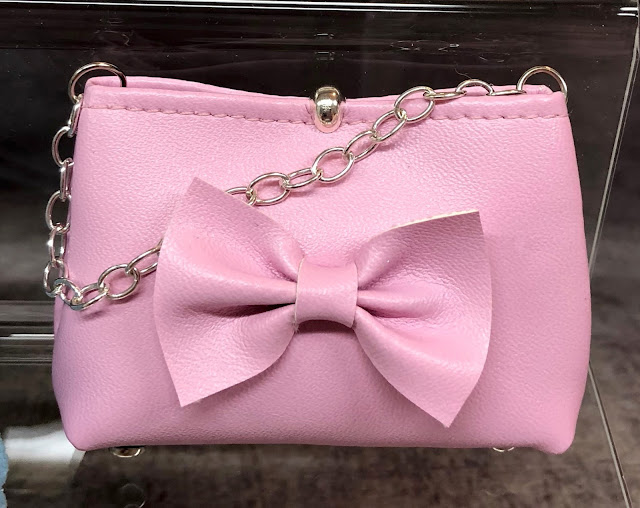 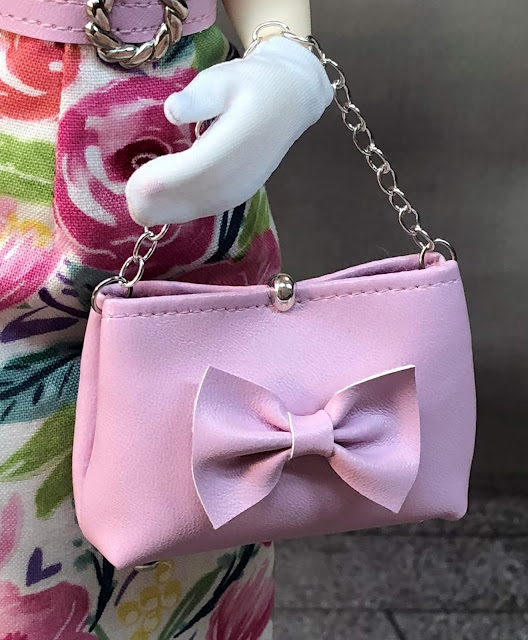 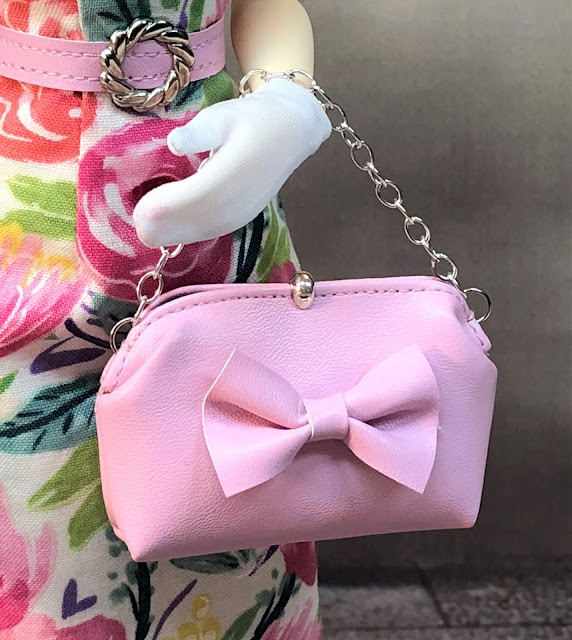 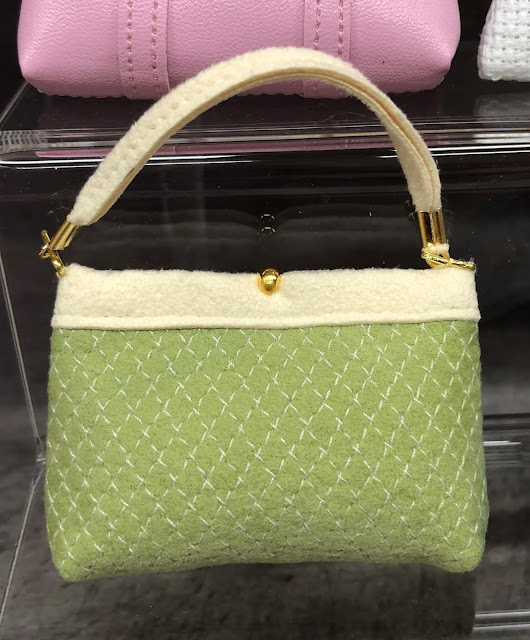 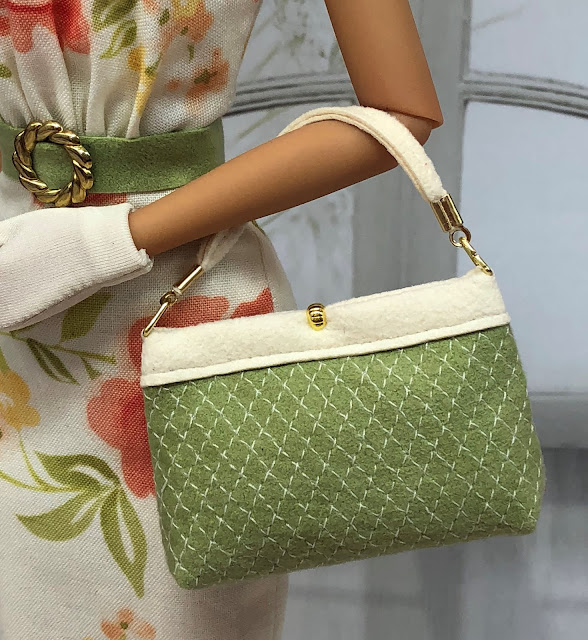 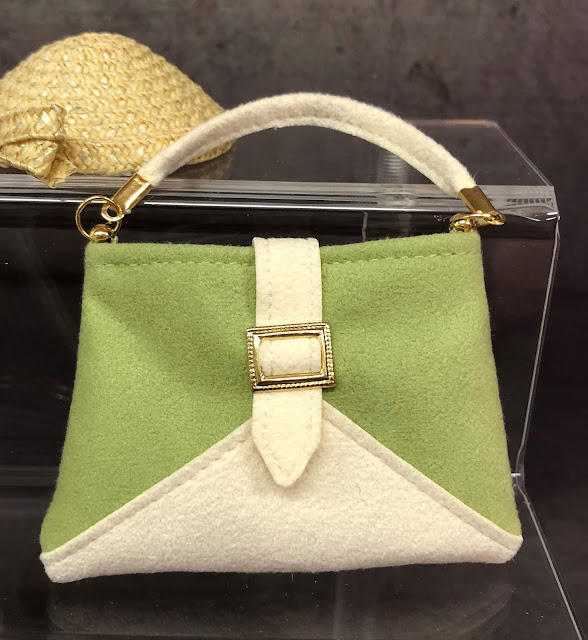 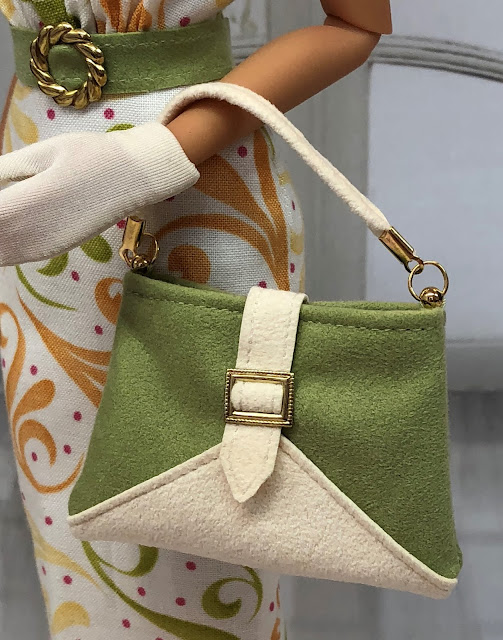 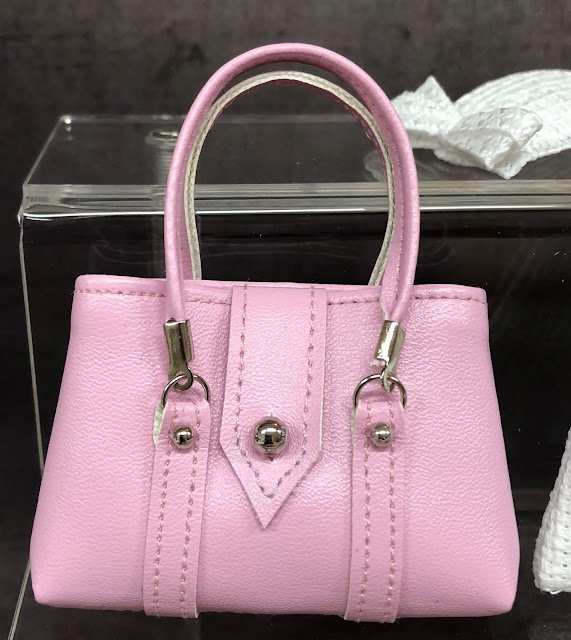 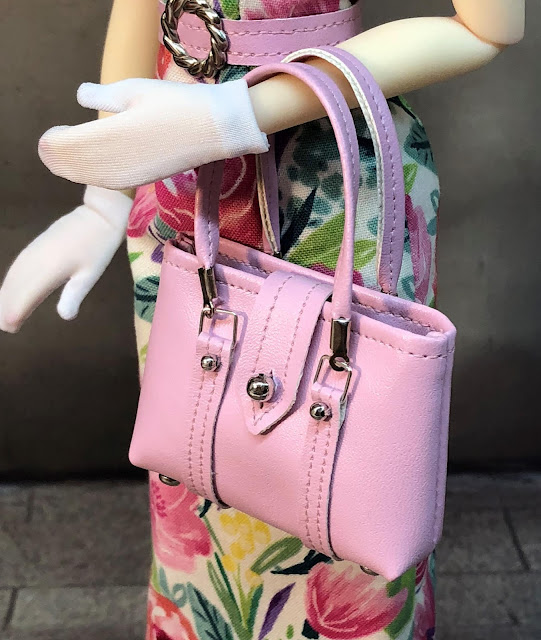 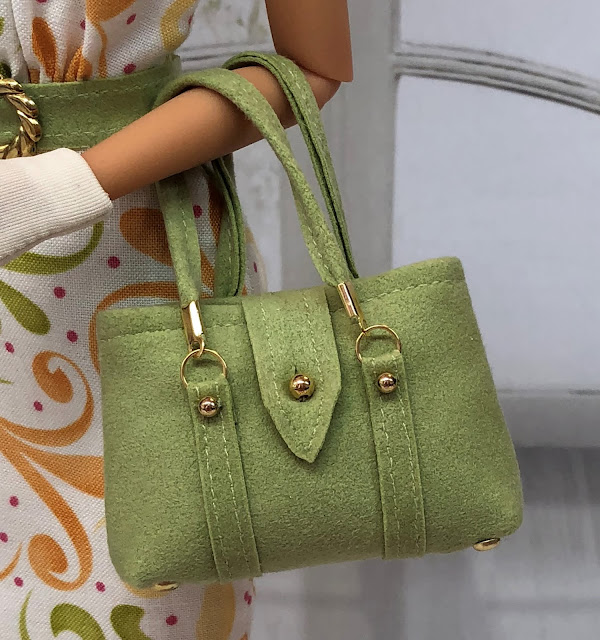 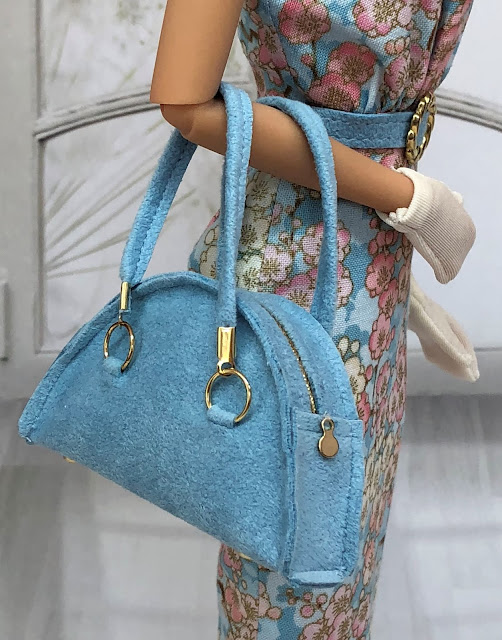 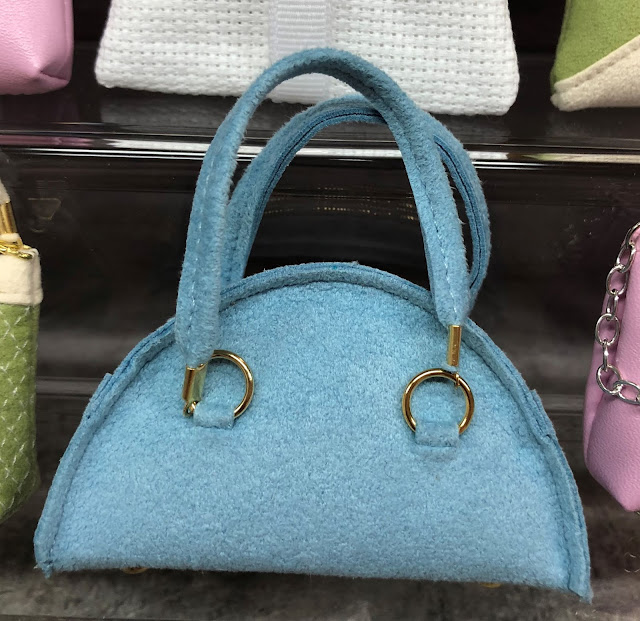 I even included instructions for some straw hats.

It's been a long time since I've blogged.  During the summer I got caught up sewing new fashions for the the convention I was attending in August.  It's become a tradition for me to go crazy and think I will make massive amounts of new things to sell at Sandra Stillwell's conventions.  This past summer I was more realistic, and didn't push myself as much as I have in the past.

The convention was awesome as always, I sold a lot of doll clothes and turned around and bought a lot more doll clothes.  I went home and intended on finishing up the outfits that I had started and making patterns for everything. 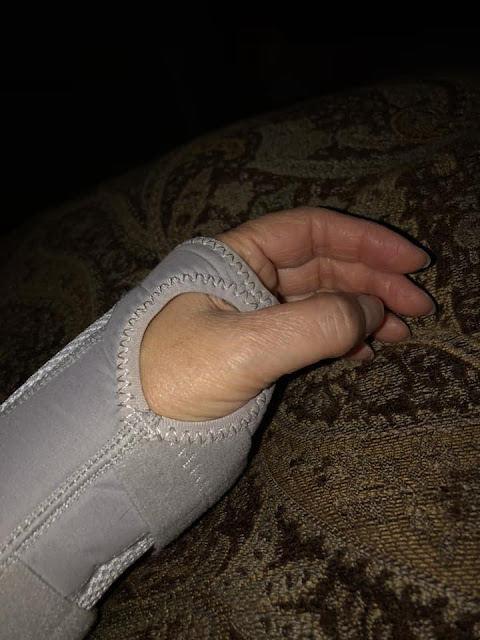 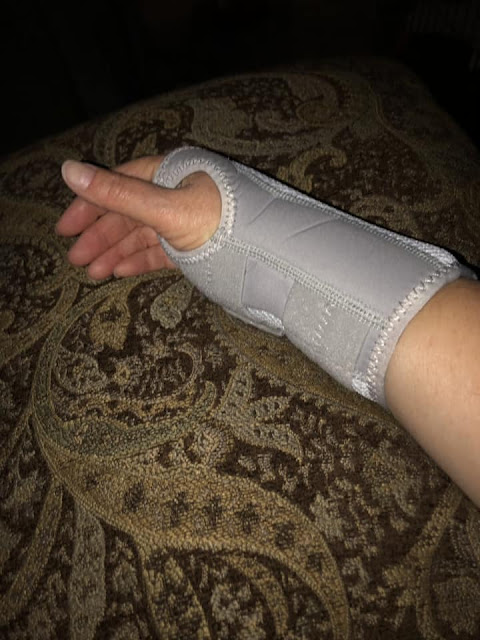 I was literally slammed one weekend with bilateral carpal and cubital tunnel syndrome symptoms.  I had been having problems with my left wrist and thumb since August, and thought it was from carrying my little dog around and holding my large iPhone too much. 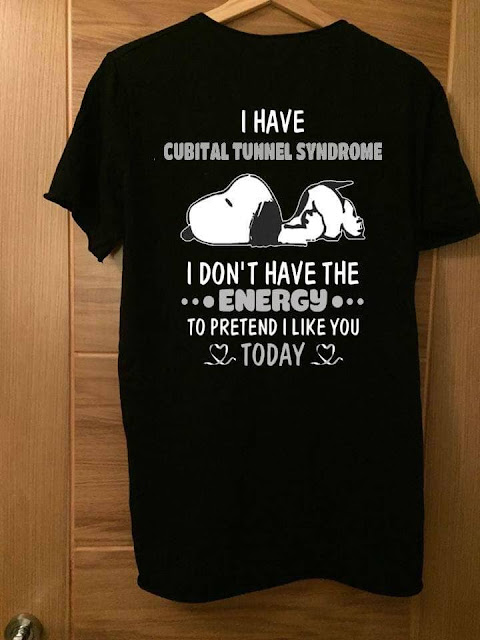 My doctor told me to rest my hands.  Ha ha ha ha ha!

Not being able to sew sucks!


The first few months were rough, I won't lie.  I felt worthless and so bored.  Right before Christmas I noticed my hands didn't feel as bad, and I wasn't experiencing as much numbness.

I've seen a hand therapist, hand doctor, had x-rays, had many massages, seen a chiropractor, had a nerve test done on my hands and arms (it came back negative for nerve damage thank goodness), worn elbow and wrist splints to bed, and started core strengthening physical therapy in the last couple of months.  I don't have the answers yet, but I'm starting to feel better.

This has been a wake-up call to me to take better care of myself.  I wish I could blame my injuries on something cool like rock climbing or a sport, but I think I gave it to myself because of poor posture, too much time on my phone, and hunching over while I was sewing.

I'm back to sewing a little, I can only hand sew for a very short time before my neck and left elbow hurt.  Then I get up and do something else for a while.

I should have seen a chiropractor a long time ago, let's just say there was a lot of snap, crackling, and popping during my first visit!

I am now determined to get into better shape, so I can be functional and and feel better.  I've already lost a few pounds and started moderately exercising.

No more huge batches of doll clothes.  I can't afford to spend my time sewing 10-12 of the same outfit.  I need to make a few and move on.
Posted by Diane at 6:15 PM No comments: