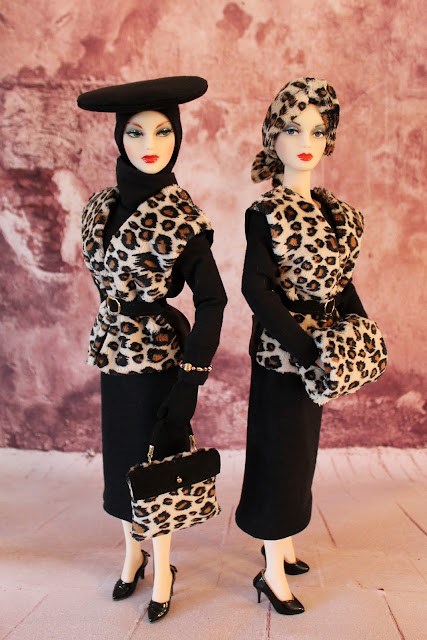 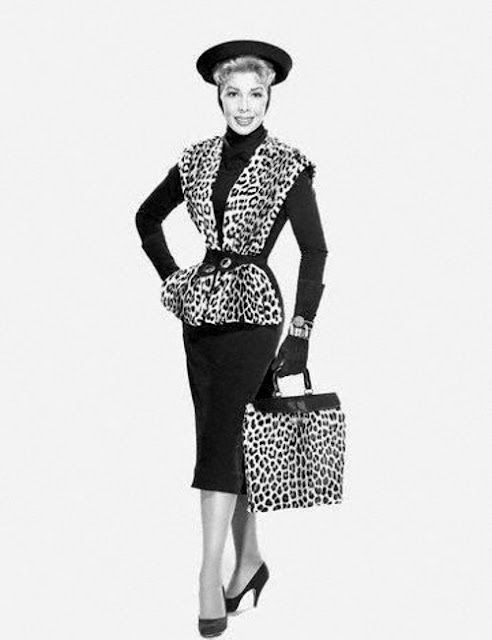 Years ago I fell in love with this outfit while I was watching the 1956 film "The Opposite Sex".  In the film, Dolores Grey's character showed up in Reno in this fabulous ensemble and got into a fight while wearing it. 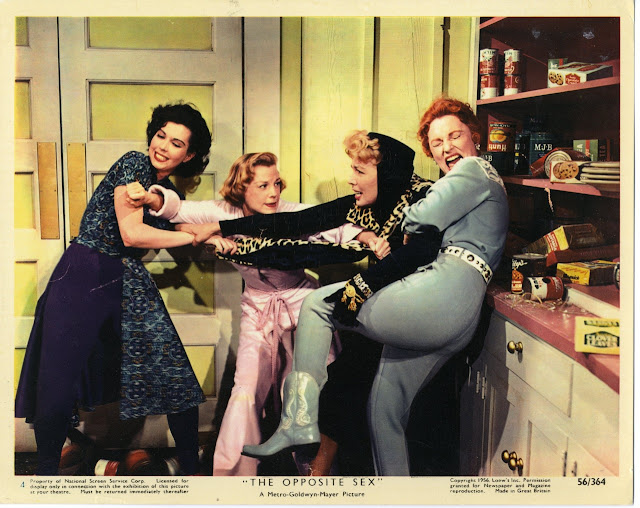 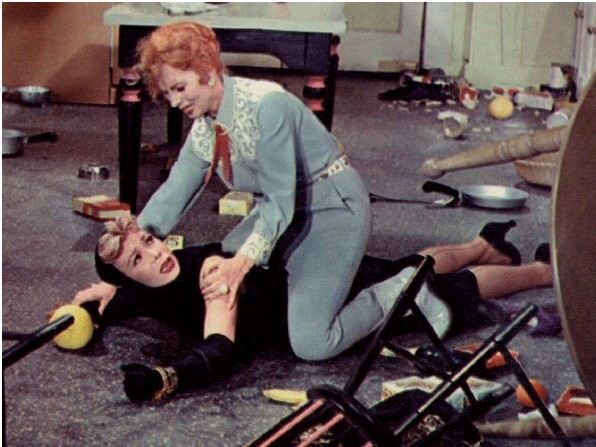 Such a tragic way for an outfit to die! 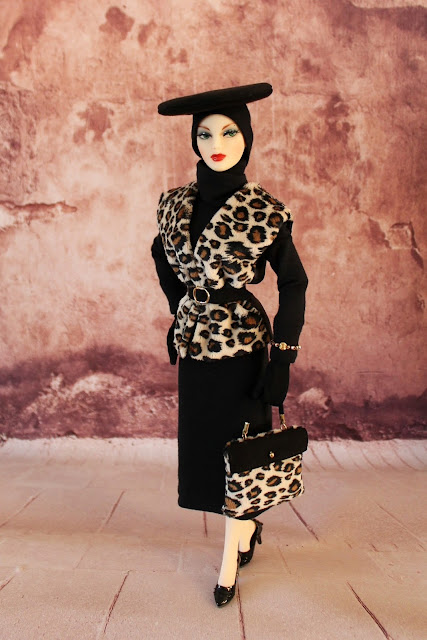 My JAMIEshow Madra demanded to be my model for this outfit. 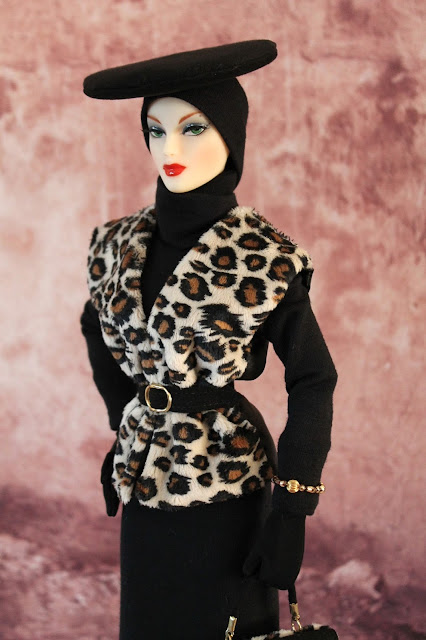 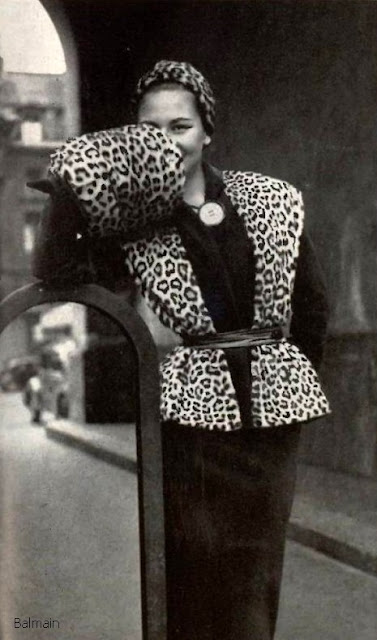 I found this 1950 Balmain creation while I was going through the L'Officiel archives.  It is so similar to the film's outfit that I decided it would be fun to add the turban and muff to "The Opposite Sex" ensemble for more fashion play. 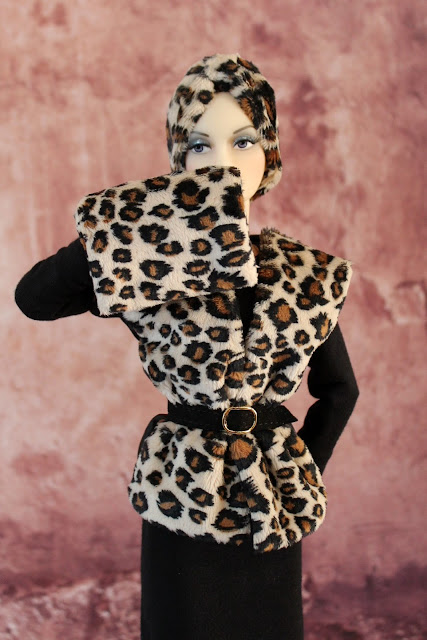 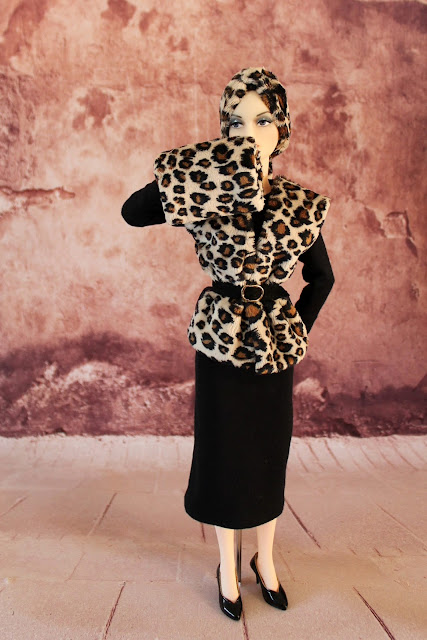