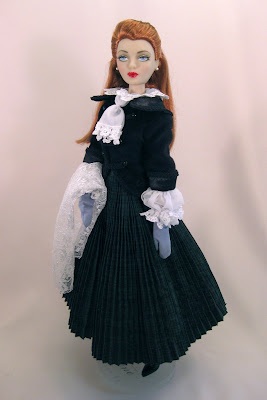 This outfit has some history. In 2003 when I finally decided to sew for Gene, I was totally inspired by the Judy Garland film "Meet Me in St. Louis". I have always loved this movie, it is my favorite Judy Garland movie ever. I love the story, the music, and the costumes.

I started by sketching all of "Esther's" costumes. I wanted to make all of them, even the underwear. I thought long and hard about what fabrics I would use for each outfit. Is the Christmas dress made of velvet or satin? How am I going to make the Halloween blouse? Will I ever be able to find fringe for Esther's party dress? I started looking around for fabrics and trims for her wardrobe.

Six years later, I have finally made my first miniature costume from the film. The trolley costume is my absolute favorite Esther costume. I love how she stands out from all the other actors in the scene. I can't imagine wearing that many clothes during the summer in St. Louis though.

One of the reasons it has taken me so long to get around to making this outfit was I needed an "Esther". I didn't have a Gene with long red hair and bangs. For a brief moment I considered using a wig, but I couldn't find the right one. I decided too late that Hibiscus would have been great as my model, but by then she was sold out and I was unwilling to pay the prices she is going for. I finally decided to buy an early Wu Gene with the long red hair.

I brushed her hair out and straightened it. Here she is looking like Lady Godiva sans the horse. 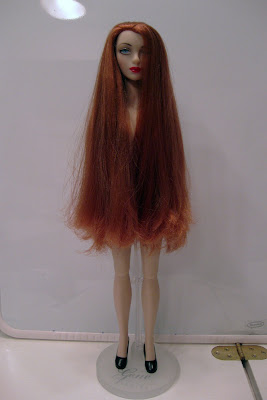 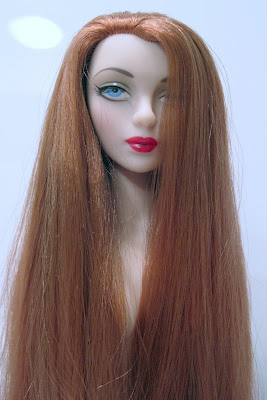 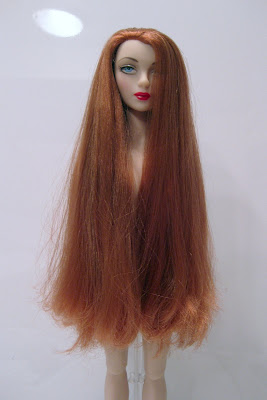 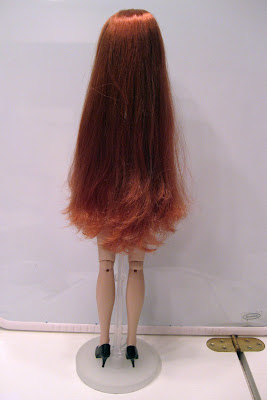 I let her hair dry and then cut it shorter. I pulled the front back and the poofed it a little on top. Presto! I now have my faux Esther. 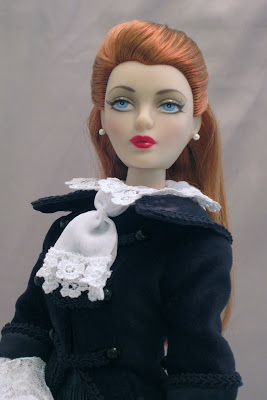 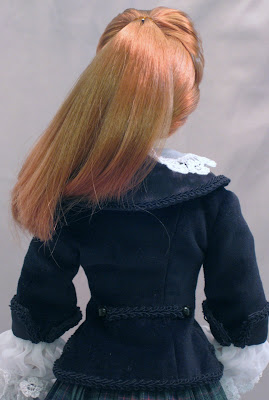 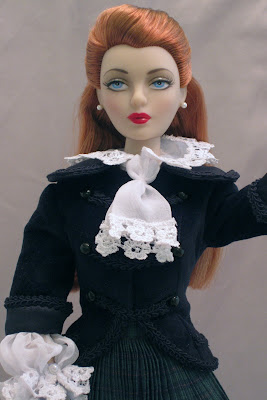 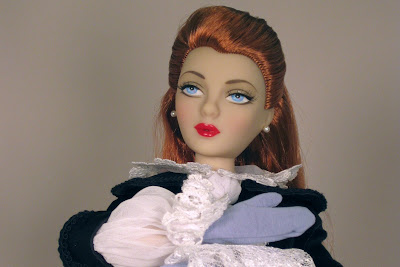 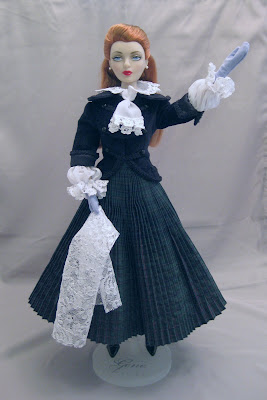 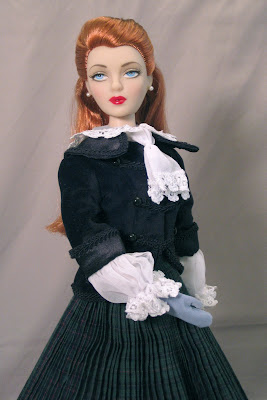 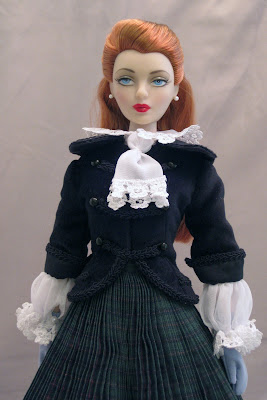 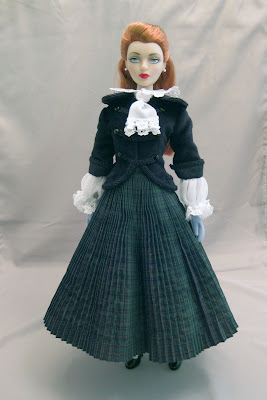 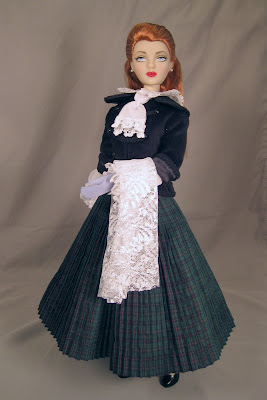 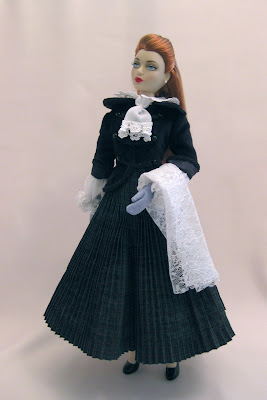 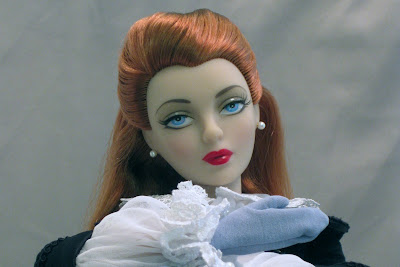 The most challenging thing to make was the pleated, plaid skirt. I had two different fabrics, a cotton plaid and a silk plaid. I made the first skirt out of the silk. I loved the silk plaid, but the plaid was bigger and after I pleated it, I decided it didn't look like Esther's skirt. Next I tried the cotton plaid. The size of the plaid matched the film's plaid better. I ended up making the pleats by edge stitching every plaid. First on one side, and then I would flip it and sew the other side. I had never done anything like this before. I ended up with an accordion pleated strip of fabric.

It took forever to sew! But I am happy about how the pleats turned out. The skirt is stiffer than the one in the movie, but sometimes you can't replicate everything perfectly in miniature. You have to find what works. 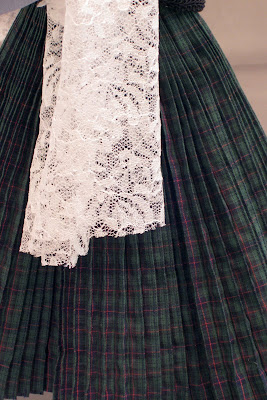 I hope you enjoyed my saga of the Trolley outfit. I plan on making the tennis, Halloween, Christmas, and dinner dresses soon. I am still on the hunt for the fabric and trims for the blue party dress and the blue wool coat.
Posted by Diane at 7:16 PM

Email ThisBlogThis!Share to TwitterShare to FacebookShare to Pinterest
Labels: Boudoir, Meet Me in St. Louis

I am so impressed! Great job on the outfit as well as the hair! And those pleats....I am speechless!